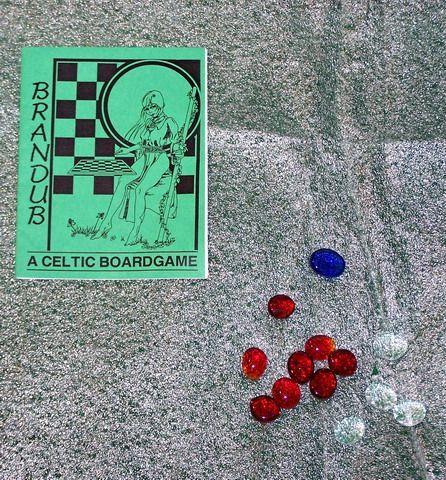 From the Author; "Brandub is a Celtic board game, a re-creation based on pieces and playing boards found in runs and digs in Ireland and Wales. The rules had been lost for over ten centuries, but now have been restored by a combination of game theory and historical extrapolation. The game itself is a fast, enjoyable tactical challenge that leaves you wanting to play again and again. Simple rules but engagingly complex play for all skill levels." Addendum: Brandub is one of the oldest known 2-player games that falls into the genre of "unequal forces" games. While 1 player is given 8 pieces (called "Barons"), the other player is given 5 pieces (4 "princes" and 1 "king"). The different pieces have different abilities, perhaps the most notable being the fact that the king cannot be removed from play by any means. For fuller rules, see the "files" section.