The Lord of the Rings: The Fellowship of the Ring - Universal Statistics 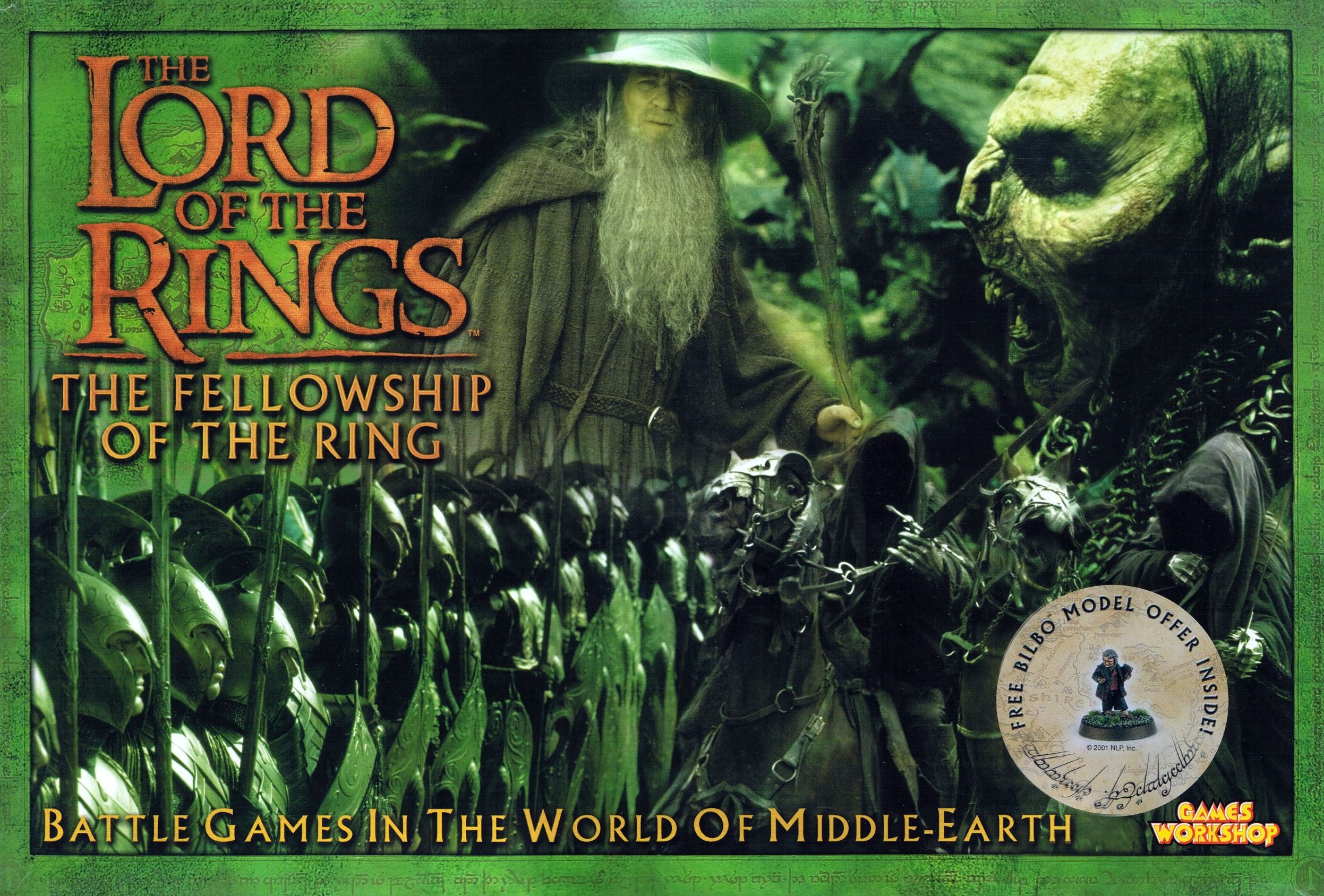 Choose to play the forces of good or evil and recreate some of the most memorable battles on Middle Earth. A hobby more than a game much along the lines of Games Workshop's Warhammer Series. This game is much smaller, simpler, and random than the Warhammer Series. Battles are resolved with simple D6 rolls with the highest roll winning, individual stats only used to decide ties. Games Workshop supports this game strongly, with a wide miniature range and a large set of expansions. The Fellowship of the Ring boxed game contains: One (1) 128 page full-color rulebook, forty-eight (48) highly detailed plastic miniatures: eight (8) Men of Gondor, sixteen (16) High Elf Warriors and twenty-four (24) Moria Goblins with various evil implements of destruction, ruined building scenery, and enough six-sided dice to get you playing right away. Re-implemented by: The Lord of the Rings: Strategy Battle Game Integrates with: The Lord of the Rings: The Two Towers The Lord of the Rings: The Return of the King