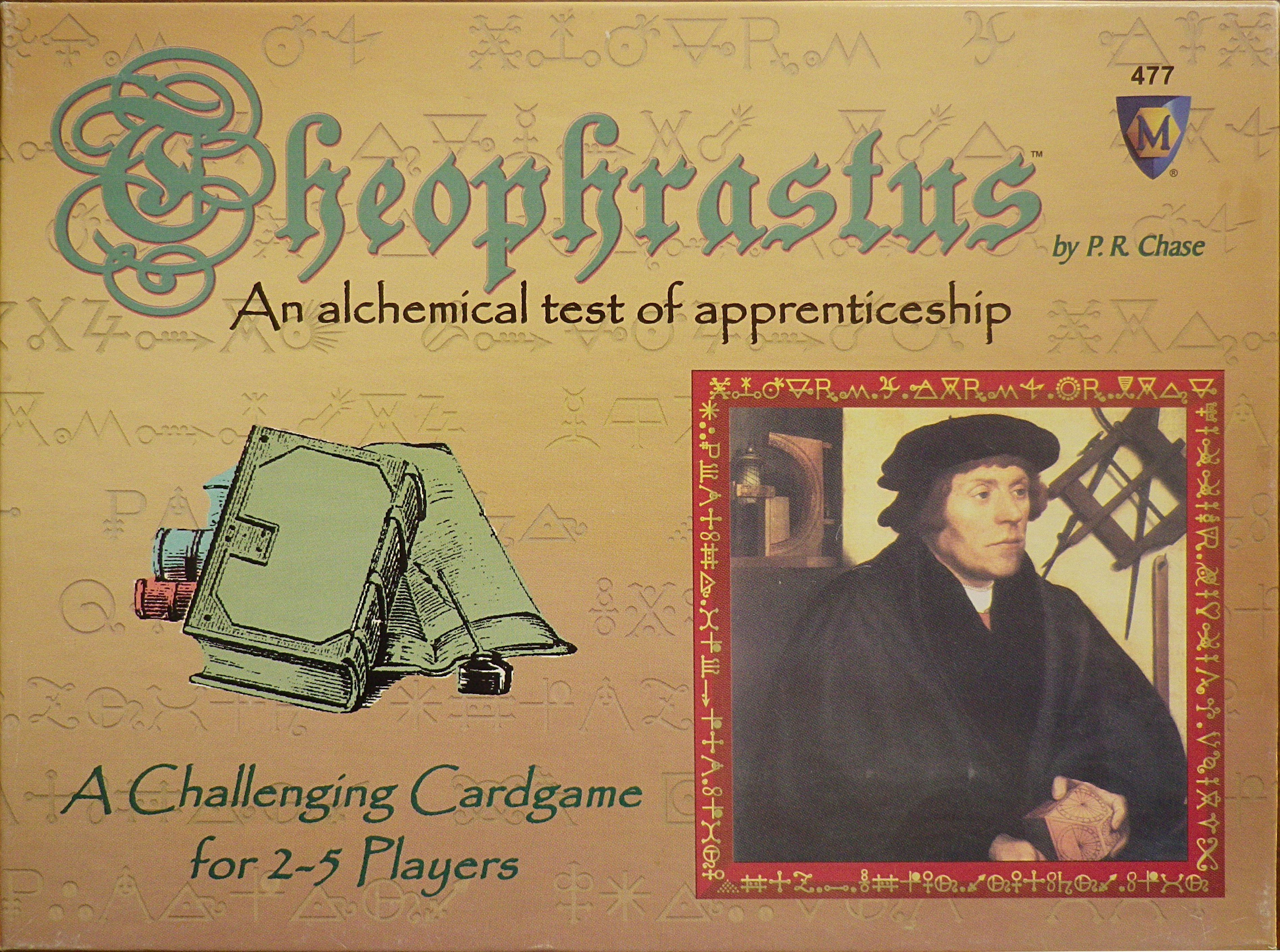 From the Mayfair website: At the end of the Renaissance, one alchemist rose above the rest: Theophrastus von Bombast der Hohenheim. His skill and knowledge of alchemy and science were legendary. Each year Theophrastus would accept only one new apprentice. This fortunate youth, upon completion of his training, would depart for the luxuries of life in the court of some noble or king. But Theophrastus had many applicants. To select his new apprentice, Theophrastus would challenge them with a clever test of their skill and alchemical talent. Only the most promising of these applicants would be chosen as the great alchemist's apprentice. Do you have the talent and knowledge to become an apprentice of the great Theophrastus? Will you be able to duplicate his experiments with greater skill than your competitors? Are you clever enough to overcome the fierce competition? Theophrastus provides clues to the nature of his experiments, but he will not share all the knowledge with everyone. Will you combine your limited selection of metals, elements and essentials to create the wondrous concoctions that the wealthiest of princes will envy and desire? Or will these secret combinations elude your every attempt? Perhaps, luck, ingenuity, and determination, will make you the alchemist's apprentice! Contains 27 Experiment Forms, 3 Blank Experiment Forms 5 Player Experiment Forms 120 Cards 1 Pewter Marker Rulebook