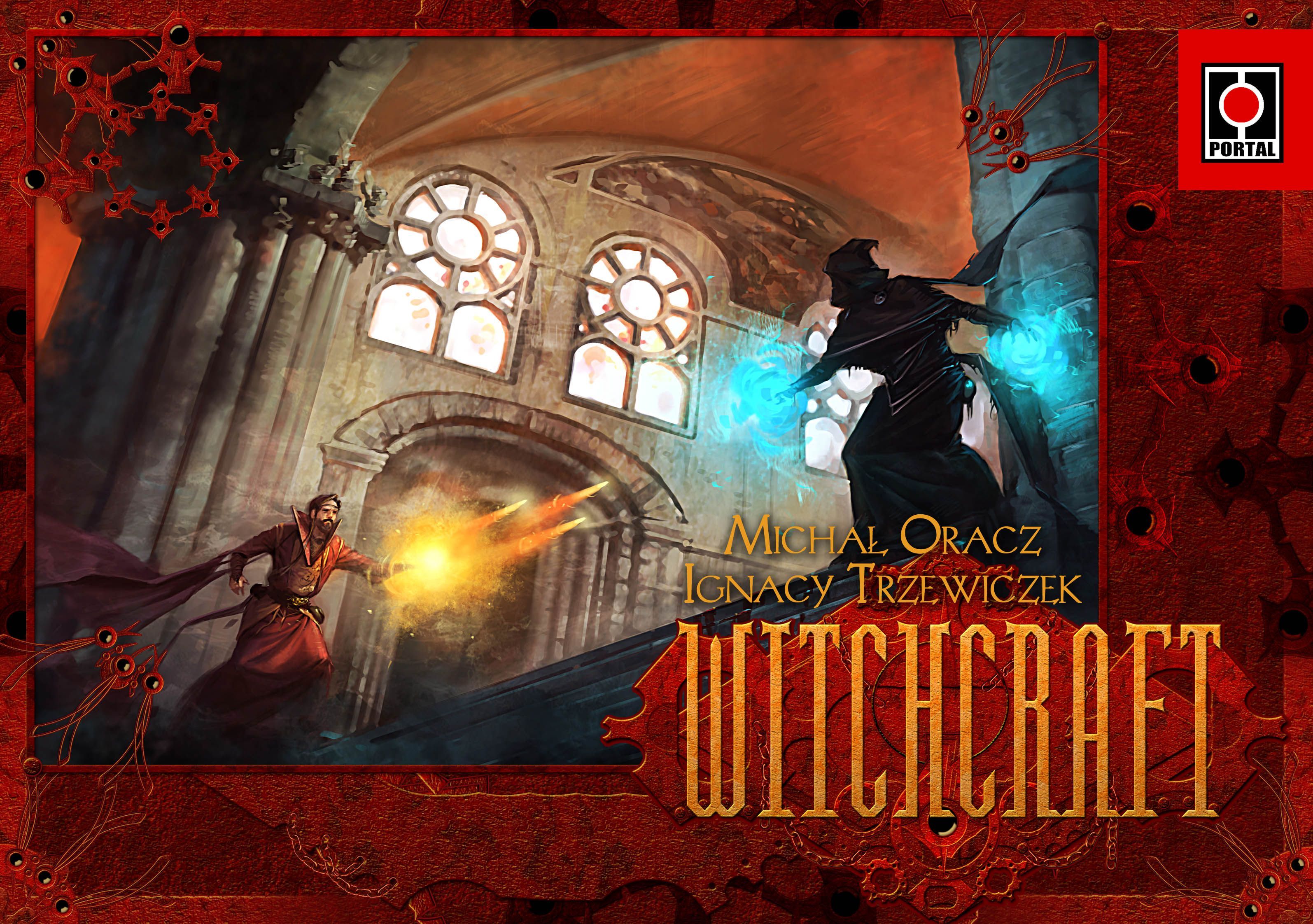 Witchcraft is a strategy game for two players with action taking place in ruined temple in a fantasy world. Each player leads an army which consists of ten wizards. Each of them can attack in different directions – eight directions are available – and some of them have special forms of magical attack. On his turn, a player decides which of his wizards will cast a spell, then resolves the attack. He can attack an enemy wizard or one of the four altars in the temple. Each altar gives a unique power (movement, adding new piece of board, etc.). If player decides to cast a spell on an enemy wizard, he is overwhelmed by magic powers and from this moment on he starts to fight for this player. The aim of the game is to get all wizards fighting on your side or at least make an opponent be unable to cast a spell in his turn.