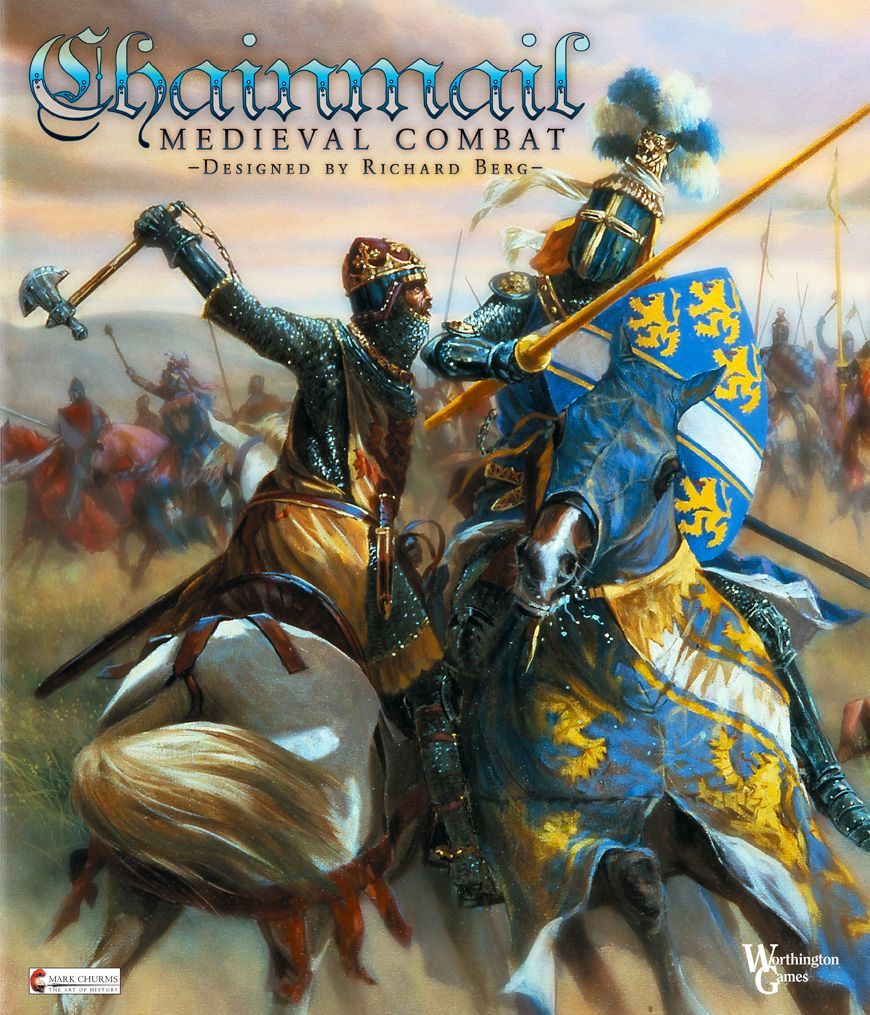 Not to be Confused With: Chainmail The game uses cards, one deck for each player (whose cards are somewhat different from those of the other player) to drive the game. Each player gets a certain number of cards each turn - but never his full deck. The cards are used to determine movement, combat, and actions such as Axemen, Knights Charge, Chivalry Charge, and Strategic Movement, among others. Players may play each card for only one of the possible three purposes. CHAINMAIL is thus a game of card play and management, which unfolds on the historical battle map - it uses squares, rather than hexes – with the use of some beautiful, super-size counters. This is a game of position, feint, and sudden attack with what you hope are better odds (since you don’t know what cards your opponent will play, if any, and you never know what his final strength will be). No dice are used. And there are no CRT’s. Skill determines the outcome. The game thus becomes a tense battle. When do you play your cards? How many do you play? What do you do with them? Will you be caught short and be subject to a sudden attack by your opponent? CHAINMAIL includes four of the major battles of the Medieval period: Legnano (1176), Bouvines (1214), Lewes (1264), and Bannockburn (1314). LEGNANO The Battle of Legnano, May 29, 1176, was a major defeat of the Holy Roman Emperor Barbarossa by members of the Lombard League. It was a major setback to his plans for imperial domination of Italy and showed for the first time of infantry against feudal cavalry. BOUVINES The Battle of Bouvines, July 27, 1214, was a conclusive medieval battle ending the twelve year old War of Bouvines that was important to the early development of both the French state by confirming the French crown’s sovereignty over the Norman lands of Brittany and Normandy. LEWES The Battle of Lewes, May 12, 1264, was a one of two main battles of the conflict known as the Second Barons' War. It was the high point of the career of Simon De Montfort, 6th Earl of Leicester and made him the "uncrowned King of England". BANNOCKBURN The Battle of Bannockburn, 24 June 1314, was a significant Scottish victory in the Wars of Scottish Independence. It was the decisive battle in the First War of Scottish Independence.