The Name of the Rose - Universal Statistics 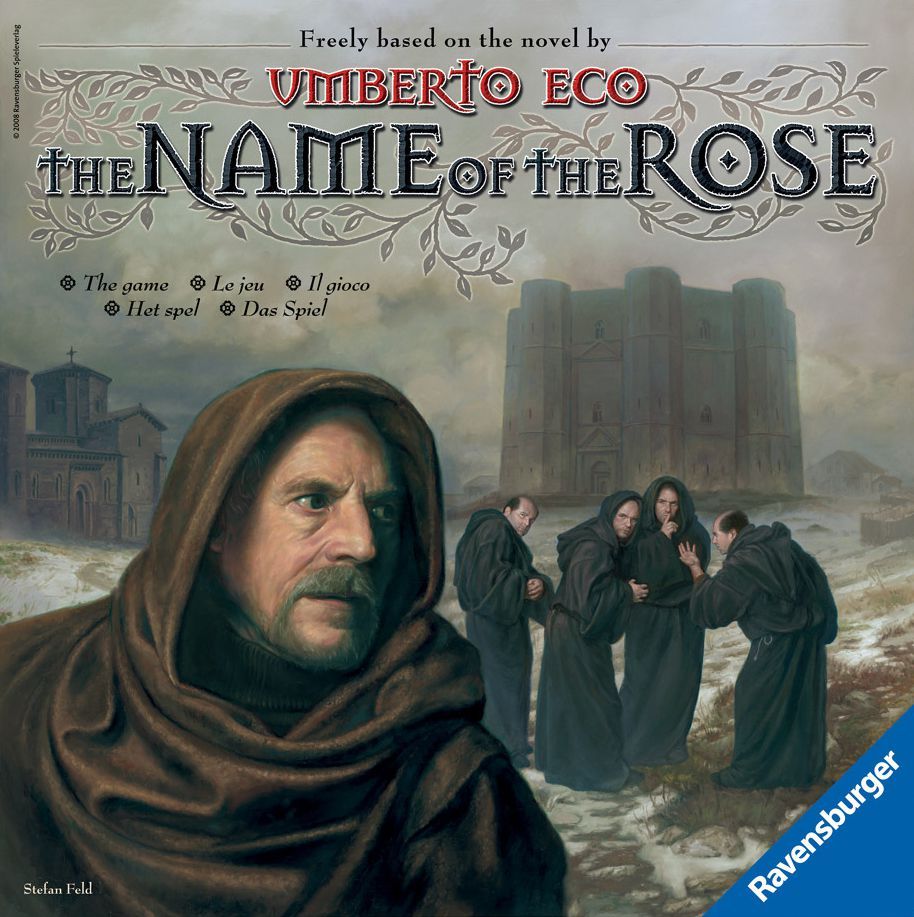 In this deduction game, players are monks who are trying to collect as many suspicion points on the other players as possible in order to figure out who the criminal is. Game Summary The board shows several locations, each with 2 numbered (2-6) chits in one of 6 colors (the rest are face down in a line next to the board). There are 6 colored monk pieces, a Williams piece, and an Anson piece, all set up in different locations at the start. All monks start with 10 suspicion points and 5 clue points. Players are each randomly assigned one monk color (keep secret!). Each player receives 3 cards (which show either a monk, a location, or Williams/Anson). There are 7 rounds (days), each with 24 hours. Each day starts by revealing a random event tile in effect for that day. Then, players take turns playing cards: monk card = move that monk to a different location; location card = move any piece to that location; Williams/Anson card = move either of those pieces to any other location. Cards also have a number (0-5): add as many hours to the clock, unless you spend previously collected chits to reduce the number (by 1 per chit spent) -- spent chits added to the line of chits next to the board. If you move past 2400 hours, the day ends. Draw a card at the end of your turn. When a monk is moved to a location, if there is no piece of their color, increase their suspicion by the sum of (both) chits present. If there is, take that chit and reduce the monk's suspicion score by the number on that chit. If it was the last chit, add 2 chits from the line next to the board. If Williams moves to a location, add/subtract 3 from each of the clue scores for all monks present there. For Anson, it's +/- 5 suspicion points. When the day ends, that player takes the event tile (=2 clue points against their monk at end of game). Convert suspicion points to clue points by ranking most to least (5, 4, 3, 2, 1, 0 clue points); ties "generous". Reset suspicion points to 10 for all monks. After days 1, 3, and 5 players reveal one color they are NOT. Day 7 is different: players simultaneously guess which monk other players were assigned. For every correct guess, that player's monk receives (substantial) additional clue points (number of points varies based on number of players). The player with the fewest clue points against their monk wins the game!