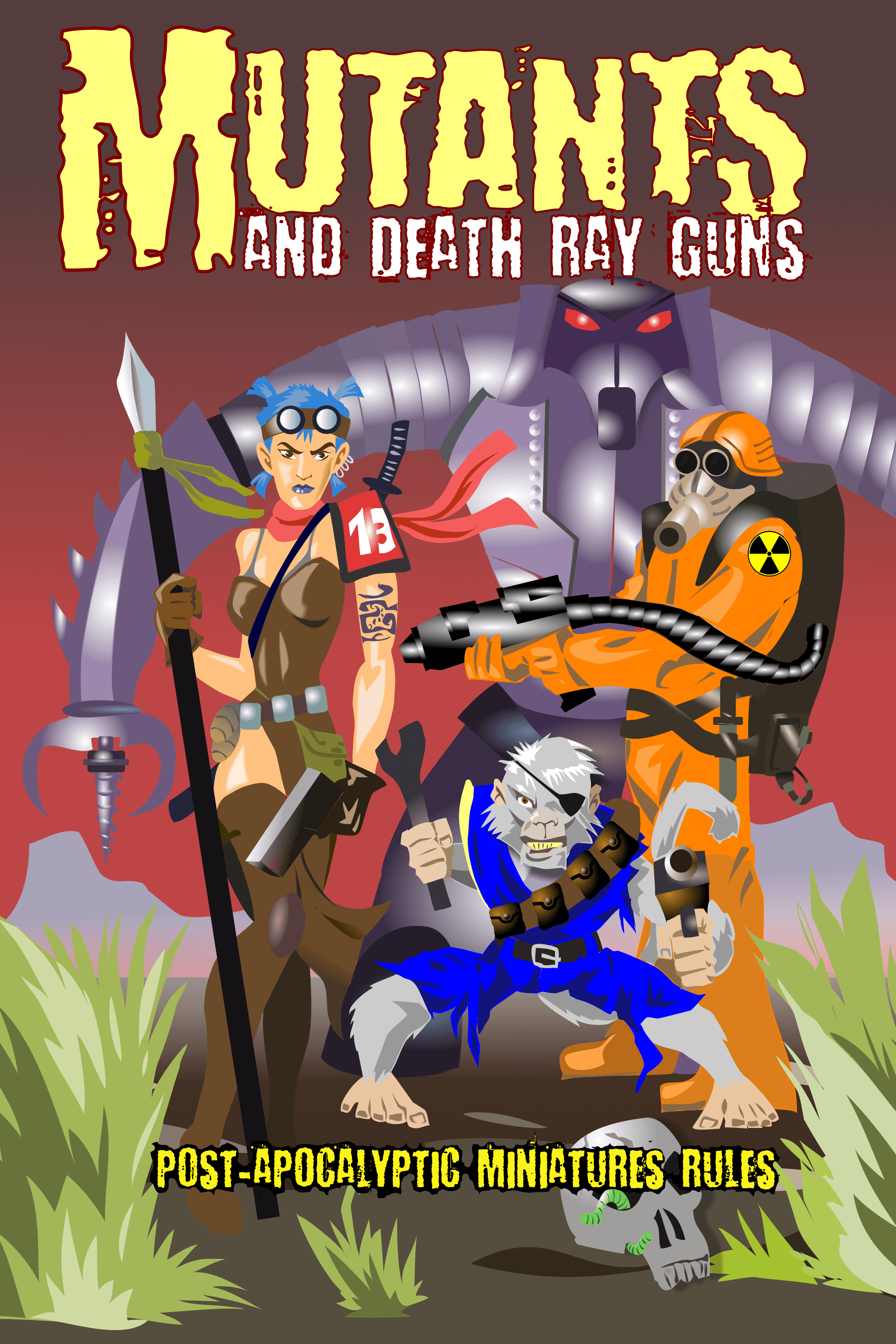 From the publisher: Mutants and Death Ray Guns is a fast-paced, skirmish level, post-holocaust, science fantasy miniature system for two or more players. Based on the popular Song of Blades and Heroes mechanics, the rules are simple and, above all, FUN. After 200 years of war with nuclear and biochemical weapons, new races compete for supremacy over a scorched Earth. Pit your band of after-the-bomb desperadoes, mutant humanoids, sentient plants, robots, androids, hyper-evolved animals and zombie-like Wretched against the dangers of a wasted world. Face irradiated terrain, contagious diseases, aggressive life forms and malfunctioning equipment. Collect artifacts, find food, fight over scarce pools of uncontaminated water, and save your resources, because in the harsh post-apocalypse world every energy cell, every ration and every drop of water means the difference between life and death. Have you got what it takes to survive? Designed for fast-play, you can finish a battle in 30-45 minutes; play a mini-campaign in one evening! Play with any single-based miniature, in any scale. Inexpensive and Convenient: play with as little as four miniatures per player. The game requires little space -- a 2'x2' table is enough! Uses three sticks for easy measurement of movement and ranges! Includes five factions: Humans, Androids, Mutants, Robots, Mutated Plants, Mutated Animals, and the disease-ridden Wretched! 40 pre-generated characters to start playing immediately and six scenarios included. Complete rules for physical and mental mutations along with rules for power armor, high-tech weapons and psionic powers! Campaign Rules: your characters become better fighters, gain new mutations and equipment after every battle. Also includes a list of manufacturers of suitable miniatures. Note: this is a complete, stand alone product. Purchase of Song of Blades and Heroes is not necessary.