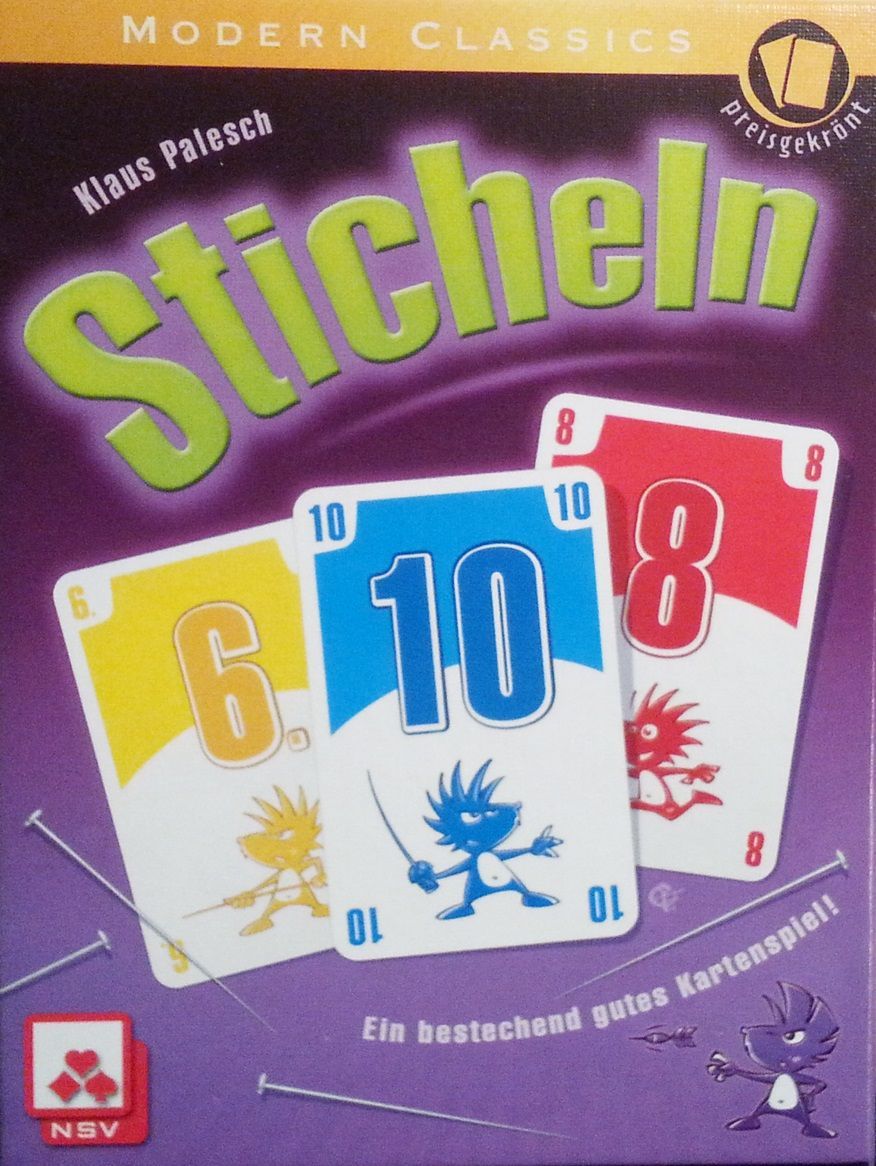 In the trick-taking card game Sticheln, players seek to gather points by taking certain suits, while avoiding the negative points in other suits. At the beginning of each hand, each player selects one card from his hand, which becomes his "pain" suit. The face value of all the cards from that suit he takes will be negative points. Positive points are won by taking any other card not in your "pain" suit; each of these cards, however, is worth only a single point. Players need not follow suit if they don't wish to, but every card not in the suit led (except for the precious zeros) is considered a trump card, with the highest, earliest-played trump card taking the trick. Some versions of Sticheln allow for up to six players, while others (3rd and 4th version) include cards to allow up to eight players. 3rd and 4th version allow to play Hattrick by the same game designer, which is explained in the rules book as a variant.