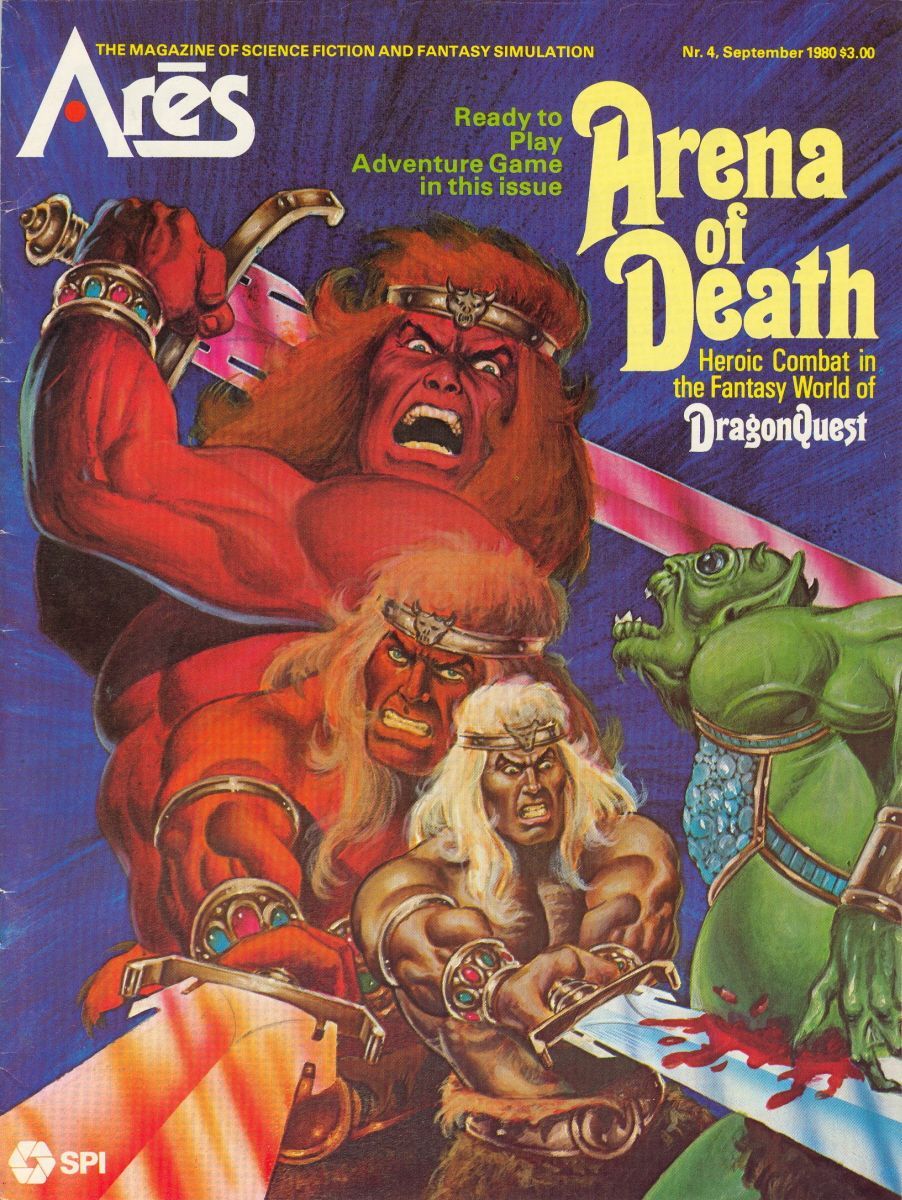 Ares Magazine #4. Arena of Death is a game of gladiatorial combat in a fantasy setting. The players take on the role of fighters in the arena, pitting these fighters against each other and against fearsome beasts over the course of a variable number of "combats". Each combat consists of one or more players' characters entering the arena where they meet one or more characters controlled by other players. The combat lasts until only dead or mutually friendly characters remain in the arena. [This is the standalone game version of the combat system used in the first edition of RPG Dragonquest by SPI]