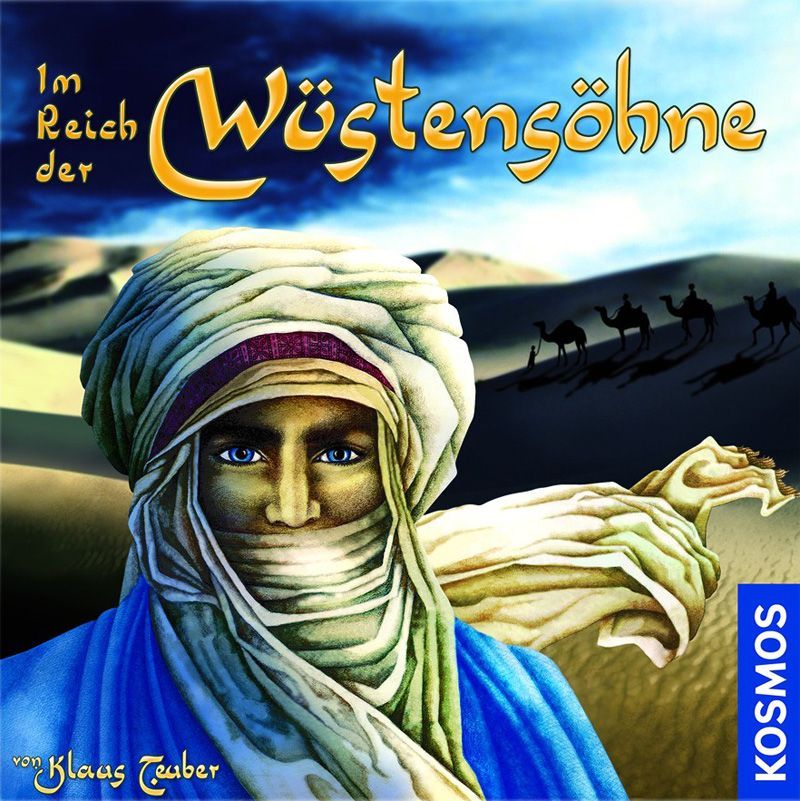 The game board consists of a central field and four extensions, 5 tiles long each. The extensions show desert or parts of oasis. Going out from the middle, players use caravans to explore the map with a large parts of sandy desert and green oasis. The purpose of the game is to form rich and fertile oases by placing tiles. Tiles are drawn and placed on squares on the board. As the tiles are placed, oases develop on the board and players pay to place explorer figures on these oases in an effort to become the most powerful explorer. "Im Reich der Wüstensöhne" is a game in the tradition of the 1996 release "Entdecker". It is easy to learn and uncomplicated to play. It is suitable for families Ages 8 and up. Still it has enough play depth for adults.