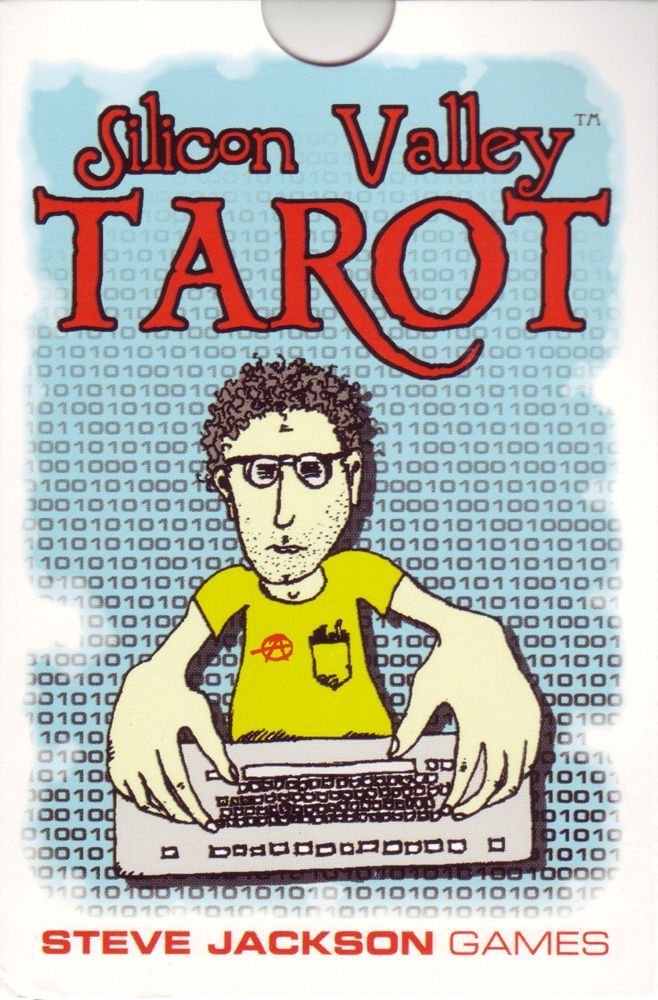 There are 70 Silicon Valley Tarot cards. The 22 cards of the Major Arcana tell the story of the journey of the Hacker, the archetypal seeker. The Hacker himself has no number, but the remaining 21 Major Arcana are numbered from 1 to 21, from the beginning of the Hacker's journey to the end. The remaining 48 cards comprise the Minor Arcana, which is divided into four suits of 12 cards each. The suits (Cubicles, Disks, Hosts, and Networks) each consist of four court cards (a Nerd, a Marketeer, a Salesman, and a CIO) as well as eight pip cards, Ace through Eight. In addition to the standard divinatory tarot stuff the deck comes with the rules for a game called RAM by S. John Ross for 2-6 players. The game of RAM is played using a deck made up of the Minor Arcana, plus the Hacker (as a wild card). The 21 remaining Major Arcana are used to create a grid of cards, some face-up and some face-down. Through a series of Blackjack-style rounds, players manipulate the grid and win cards. The first player to win five cards wins the game. The rules for RAM are included on a card that comes with the deck are not available online.