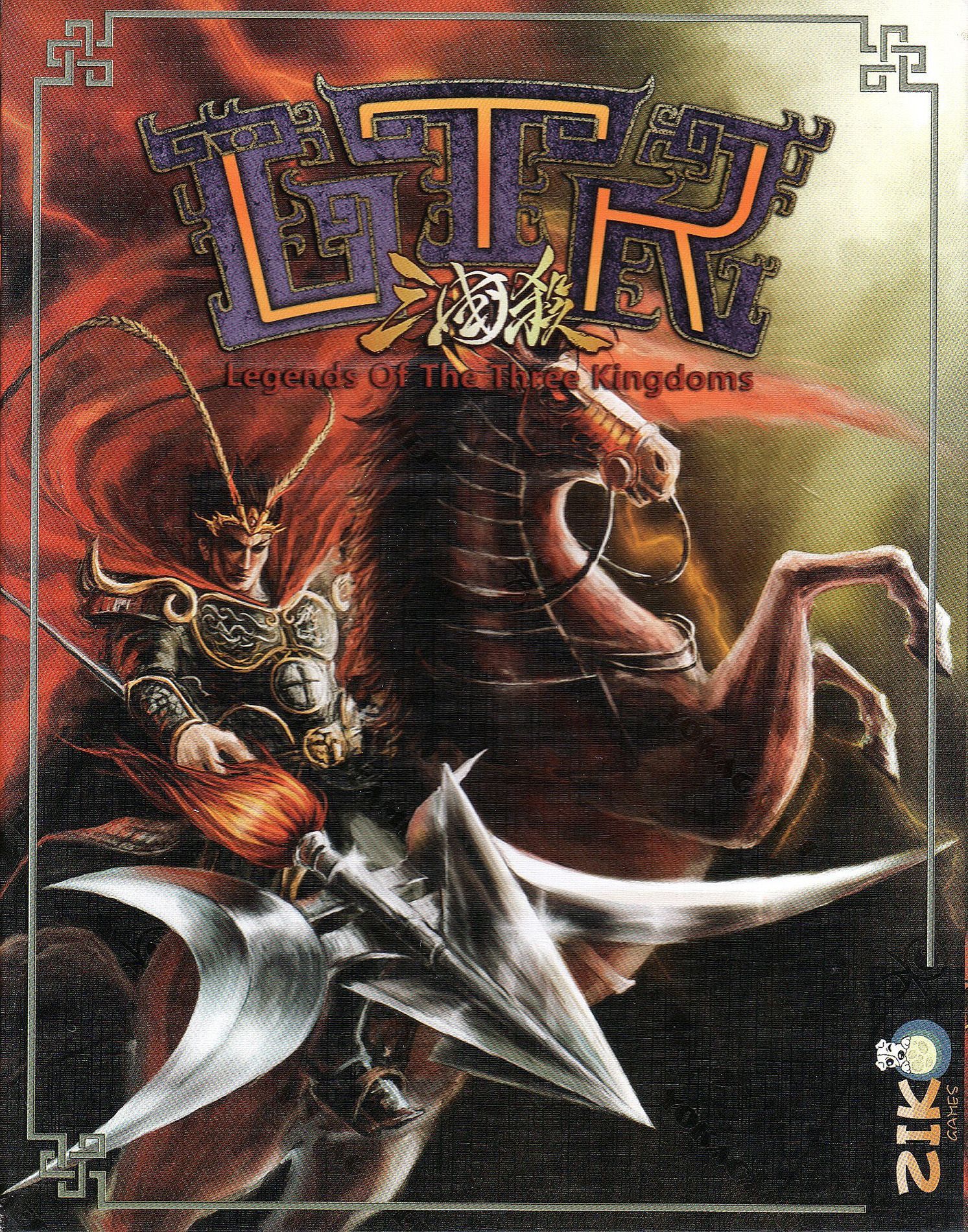 Publisher blurb (Yoka Games English Edition): Throughout the rich history of ancient China, the Three Kingdoms has always been a chaotic and awe-inspiring time period. Larger than life characters such as the fierce SHU general ZHANG Fei, the cunning WEI warlord CAO Cao, and the legendary SHU strategist ZHUGE Liang have inspired generations of people with their stories of valor, deceit, and strategy. Legends of the Three Kingdoms replicate this historic age and allows players to assume the identities of these fabled heroes. Combining these heroes with role play, battle, deception, and other elements, we created a fun and exciting game that can be shared with many. We hope you will have as much fun playing as we had bringing this game to you. Legends of the Three Kingdoms (a.k.a. San Guo Sha) is a card game based off the Chinese classical novel, Romance of the Three Kingdoms, and shares many rules with BANG!. The differences are as follows: 1. The Monarch (Sheriff) may get an additional skill related to their kingdom allegiance; players routinely have two powers. 2. Weapons may have their own additional powers. 3. A card to let a player borrow a weapon from another. 4. A card to cancel the effect of other cards. 5. Peach (Beer) may be played by any player when someone loses their last life; there is no exemption of using Peach when there are only 2 players left. 6. The game proceeds counter-clockwise. 7. Reincarnation*: The Dead may return to the game (start with 1 life) when he gets 3 or 4 cards from other players (a player may only give 1 card to the Dead within his round); the risen Dead are not counted to the winning condition. *(removed from rules since 2010)