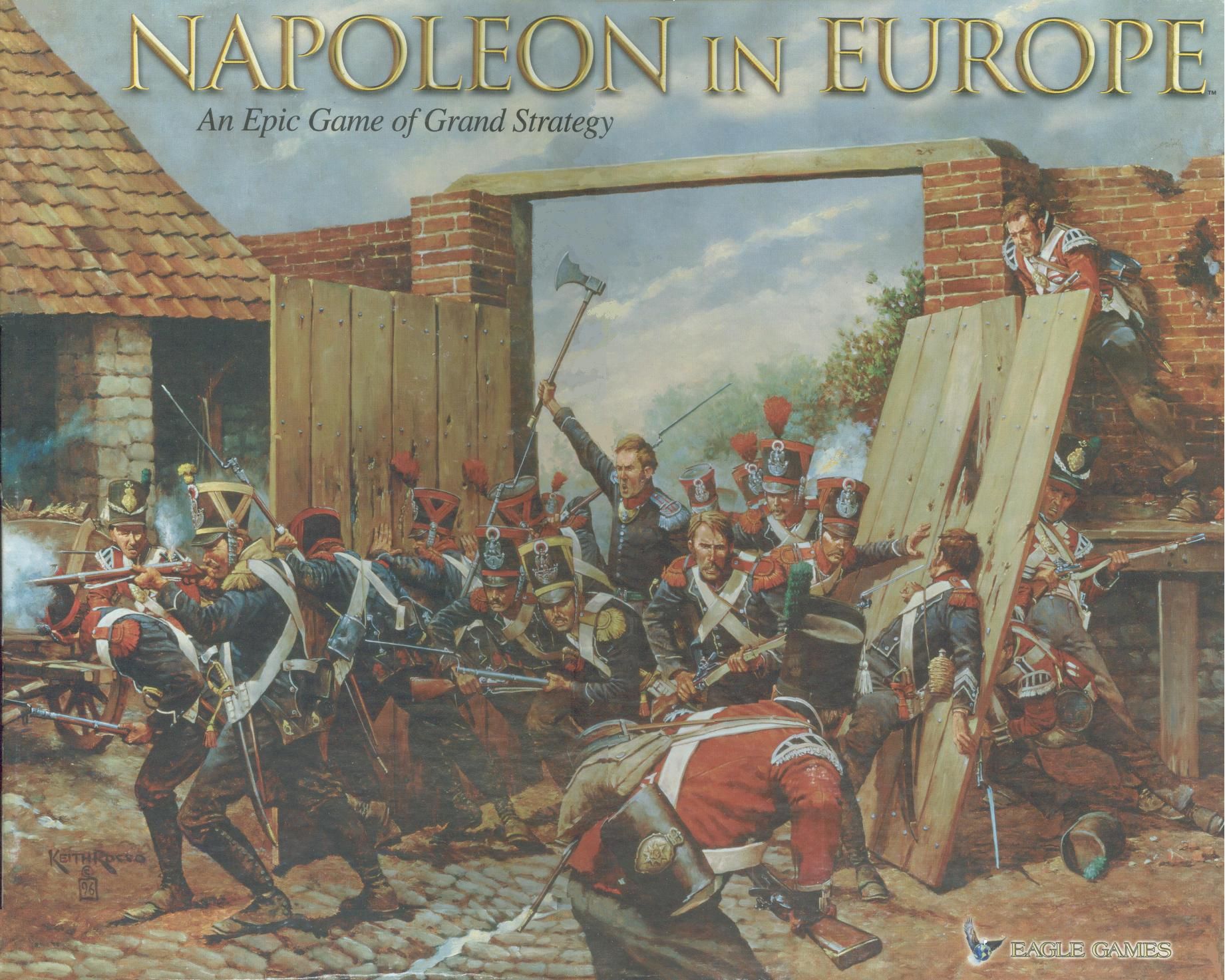 Players take the role of a Napoleonic-era power and move miniature plastic infantry, cavalry and artillery to simulate the campaigns of Napoleon. Several difficulty levels and scenarios included in the box. Standard game has a map that offers a grand strategic view of the action, and separate board for battles to reflect tactical realities of the period such as combined arms, infantry square formations, and reserves. Standard game also includes diplomacy, fleets, and economic system.