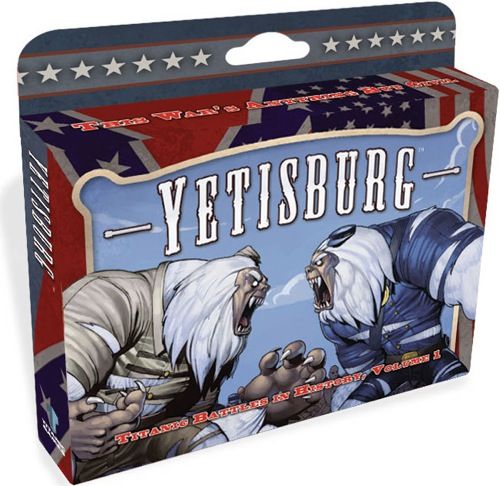 From the Paizo Publishing wesbite: Four Score and Seven Yetis Ago… On the bloody fields of Pennsylvania in 1863, two great armies collided to decide the fate of a nation. The South rose, and the North responded with fervent mettle. As every schoolchild knows, at the forefront of the battle stood the mighty Yetis, white-furred giants imported from the wilds of Canada to shred the opposing front lines. From the rear, powerful mastodons hurled boulders into the fray. From even further to the rear, great generals engineered the destruction of the opposing forces—and quite often their own. Yetisburg – This War’s Anything But Civil. Yetisburg contains: • Two decks of 55 cards each • 60 tokens • Initiative marker • One rule booklet