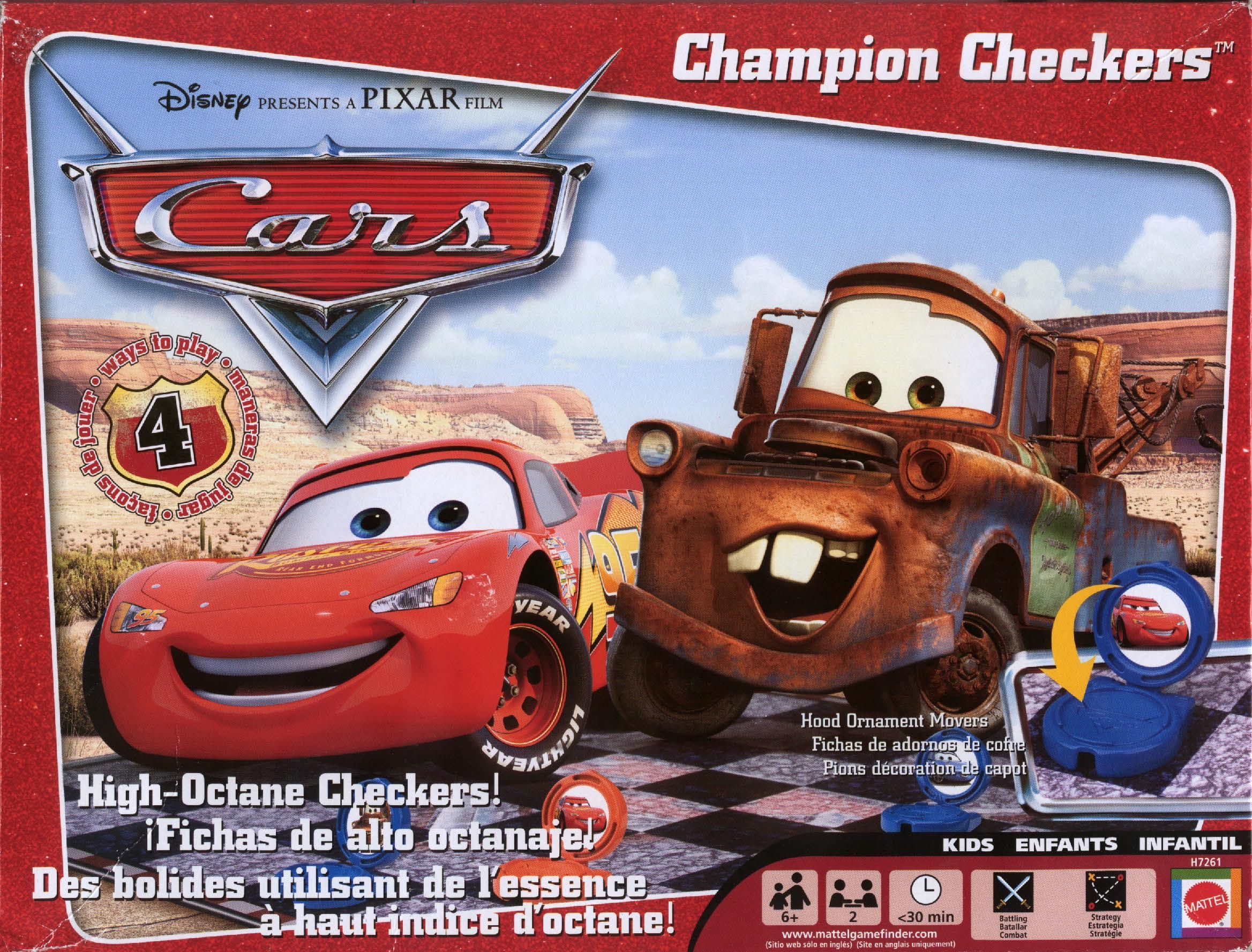 This is the classic game of Checkers but it includes 3 enhanced gameplay options where kids can use special abilities attributed to various pieces associated with the Cars characters. There are 4 ways to play: Normal checkers - Plays with standard checker rules. King Conflict - When a checker is "kinged", flip it over to reveal its special Cars skill. Power Challenge - A head-to-head challenge where all the Cars characters are revealed and you must decide when to use their special skills. Ultimate Race - You know which spaces your Cars characters are hidden on, but does your opponent? Each side has 7 pieces with stickers of different Cars characters on them, normally hidden from view by a flip-up "hood ornament mover" mechanism, along with a number of plain checkers pieces without stickers. The Cars characters represented include: Lightning McQueen (Turbo Jump power) Sally (Caution Cone power) Guido (Repair power) Mater (Tow Rope power) King (Speed power) Doc (Drafting power) Luigi (Fender Rub power)