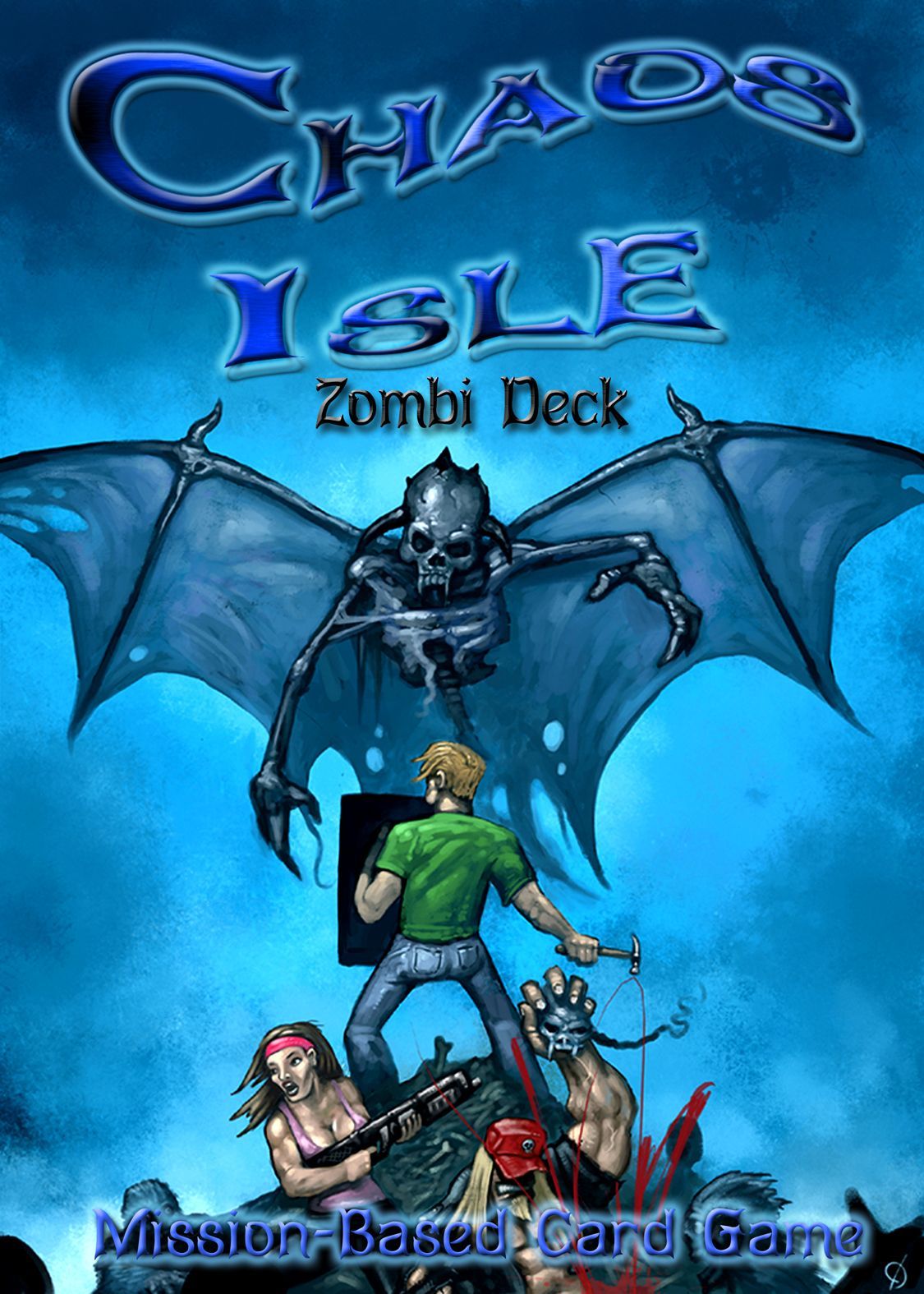 It seems the unbalanced scientist, Dr. Zycheck, has gone a little overboard with his experiments in his search for Immortality, and the Isle has become overrun with his Zombi monstrocities. Can you escape from the Isle before being added to their menu? Chaos Isle is a Mission-Based Card Game (MBCG) that can be played Solo or by 2-6 players using just a single deck. Expansions are also available to add to the fun. The Zombi Deck has each player taking on the role of one of the Characters, who attempts to complete his Mission before the other players complete theirs, all the while fending off Zombi enemies. If you are killed, you become the Zombi that slew you and now you attack the other Characters! Components: Each deck contains 102 illustrated cards: 6 missions - require you to collect various combinations of resources: gas, gunpowder, viruses, rescues, nitro, and blood by destroying the zombies that have them 6 characters - Professor Mort, Jane Doe, Uncle Checkers, Travis, Salty and Angel -- each with a special attack power 20 equipment - 9 weapons, riot gear, rottweiler, binoculars, first aid kit, skateboard, four kinds of healing (including "chi tobacco" and a bong) 70 enemy cards, consisting of 8 tasks, 6 events and 56 zombis. There are 10 different types of zombi cards: 2 rage, 6 slithering carcass, 4 stalker, 1 creator, 9 flesh reaper, 8 bone collector, 5 coiler, 3 corpse grinder, 7 corpsemare, 11 feeder You will also need two 6-sided dice and approx. 10 tokens for each player, such as coins or glass counters (not incl.) Character and Zombi Cards Each card has 4 stats: Speed - who goes first in battle and also if a character can outrun a zombi Life - total Hits the character/zombi can take before being destroyed Protection - minimum number that must be rolled on two d6 to make a successful Hit Fate - a fate roll determines whether a character is lucky or not - a successful roll is less than the Fate score