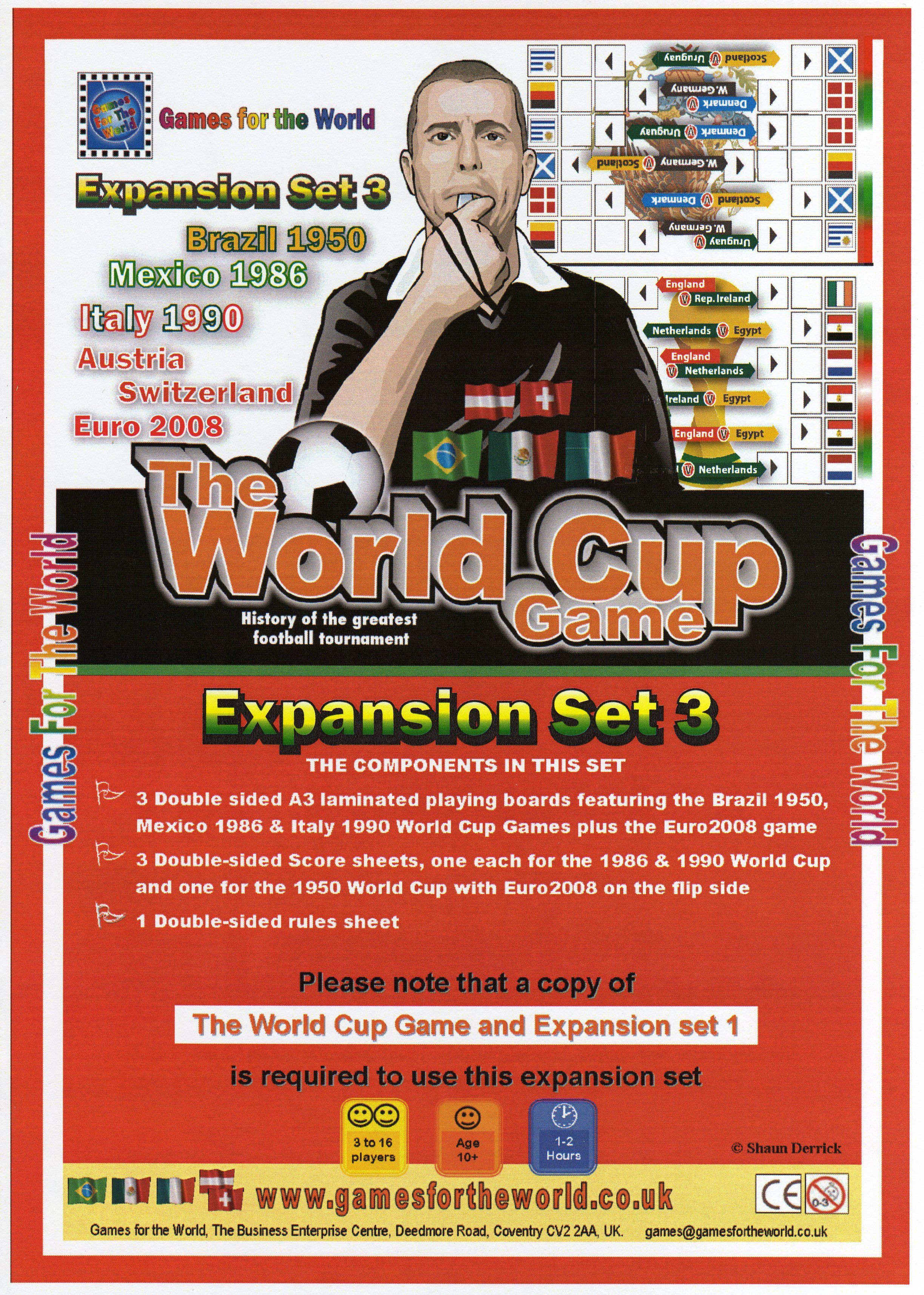 The World Cup Game - Expansion 3 was released in February 2008 and includes four more boards to add another angle to your World Cup experience. This expansion set concentrates on two of the stranger formats for the World Cup. Brazil 1950 has 13 teams divided 'very' unequally due to the refusal of some teams who qualified, to turn up for the event! It was also the only World Cup to be decided on a Final Pool format. Mexico 1986 and Italy 1990 included 24 teams from which 16 progressed to the next stage - the Round of 16. Out of the 6 groups of 4, even the 4 best third place teams progressed! Both of these games mean that it is unlikely that anyone will be eliminated in the first round. The rules include the table which determines which third place teams play which group winners! Also included is a Euro 2008 game which allows players to choose their own team rankings. The designer has put his reputation on the line with pre-determined rankings to use if you don't want to create your own. Expands: The World Cup Game