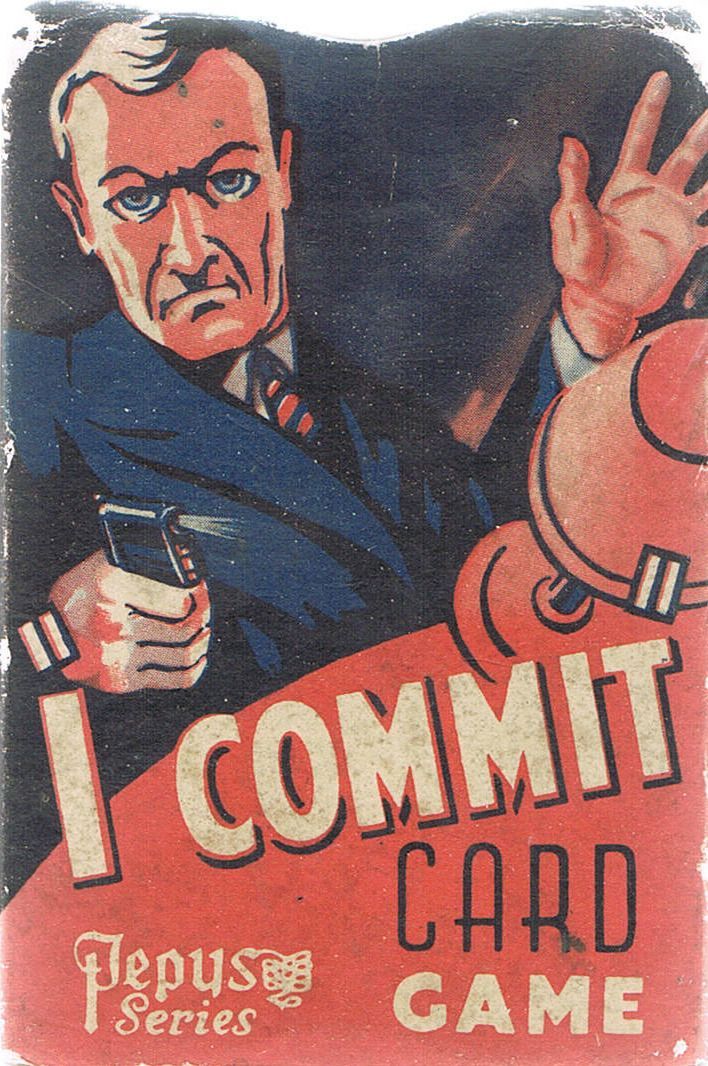 Card game where players score points for assembling three-card "crimes", or playing three-card "arrests" to foil crimes already on the table. Game consists of 53 cards, and players win by disposing of the cards in their hand, collecting as many counters as possible while doing so. Players can play the following melds of cards: - commit a crime (criminal + motive + opportunity) - arrest a criminal (constable + inspector + clue) - declaring a posse of inspectors (any 3 inspector cards) - founding a police college (any 6 constable cards) - exposing a nest of criminals (any 6 criminal cards) When a player empties their hand, they score points according to the cards remaining in their opponent's hand. Card graphics must rank in the top 5 of all the games published by Pepys. There were two editions of this game, the latter including redesigned Police Constable cards. The first saw a realistic policeman, in the second, he was replaced by a cartoon policeman, with the number 49 on his collar, possibly in reference to the contemporary radio series "PC 49".