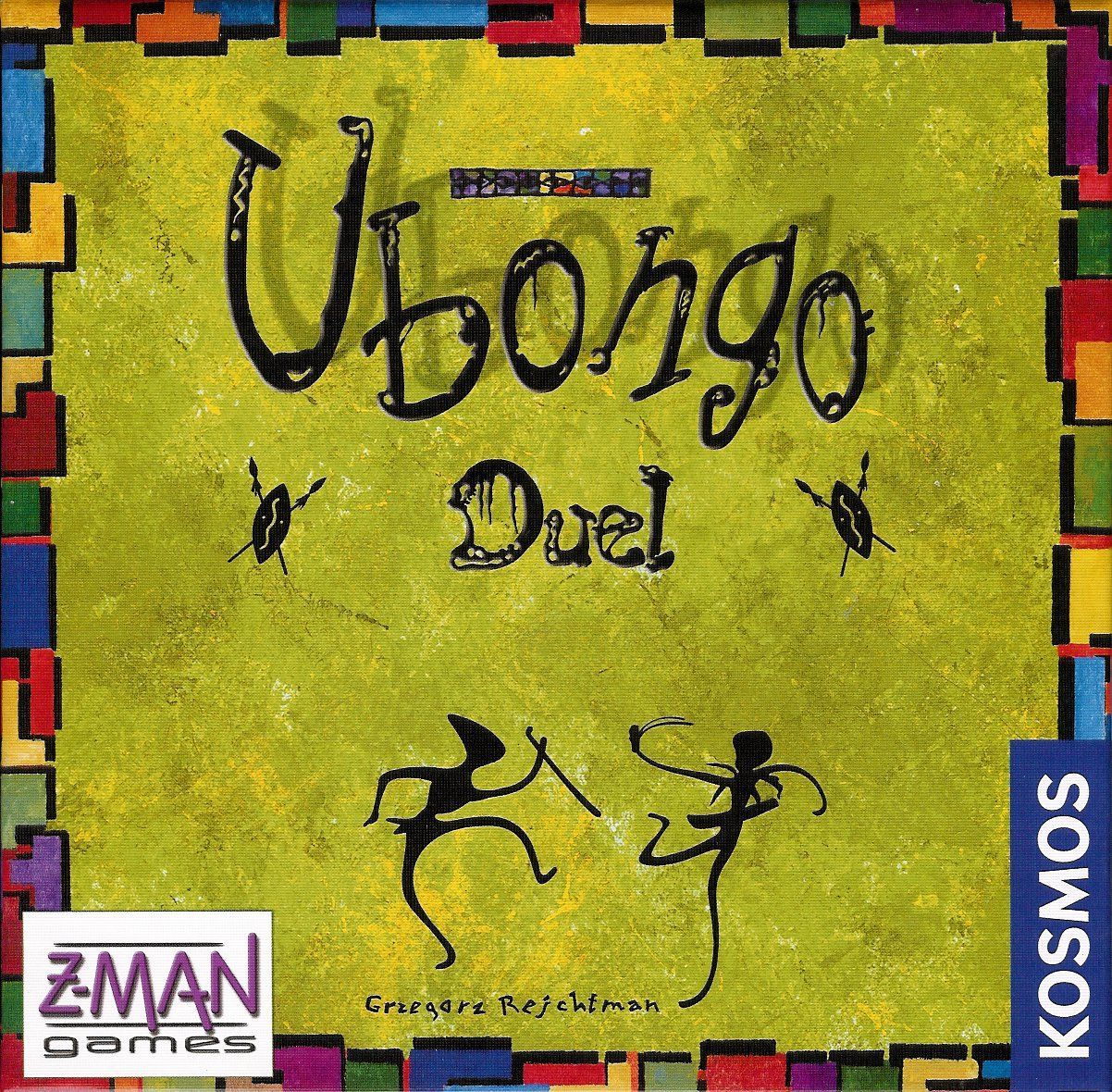 Now, Ubongo goes two-player! Each player tries to solve the same puzzle with the same tiles faster than his opponent. The scoring mechanism from the original has also been revised, as there is no time limit to solving the puzzles (which are harder than in the original) Gameplay: Each player receives 21 puzzle tiles and a stack of puzzle sheets. Both players lay the puzzle tiles down in front of them. Rolling the 20 sided die determines which of the tiles are used in the specific rounds. The players then try to solve every puzzle sheet as quickly as possible by laying the appropriate tiles on it. The faster player to do this yells 'Ubongo!'. He/she moves his pawn one step forward on the scoring track. The first player to win five Ubongo duels wins the game.