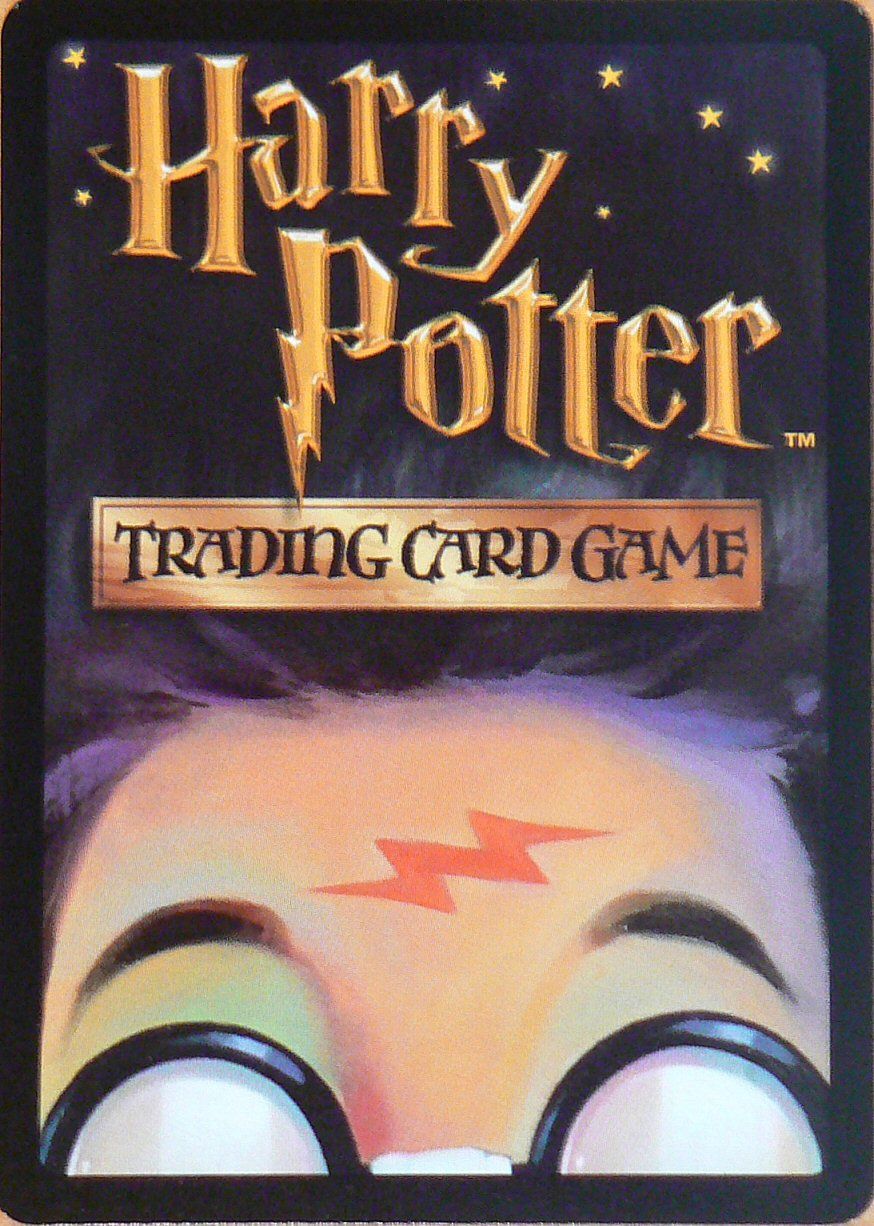 Collectible card game based on the Harry Potter novels written by J.K. Rowling. Each player's 60-card deck is fronted with a wizard or witch "character" card, and contains spells, creatures, items, and the "lesson" cards needed to put them into play. Damage to the character is tracked by simply discarding off the draw deck, and first person to run out of cards loses. Damage is dealt with spells or creatures, and can be targeted to other creatures, or directly to the opposing character. In addition to the Base Set, there were 4 other expansions for the Harry Potter TCG: Quidditch Cup Diagon Alley Adventures at Hogwarts Chamber of Secrets As of 2002, this game has been discontinued.