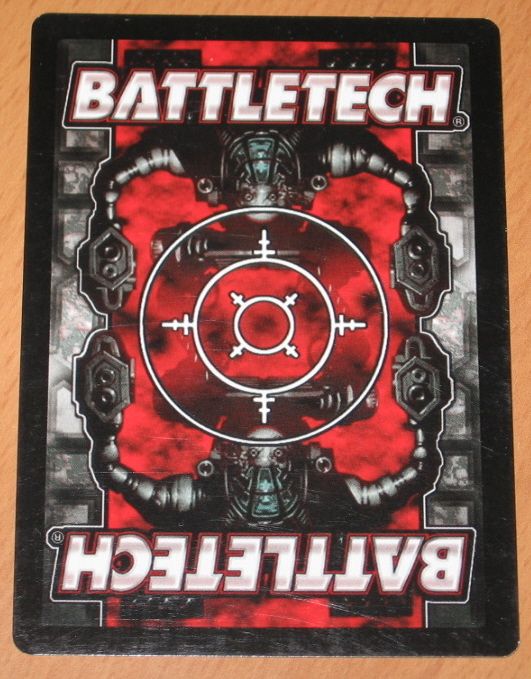 Set in the Battletech universe, this collectible card game has each player customizing her deck with mechs, vehicles, 5 types of resources, and characters and locations from the BT universe. Play is similar to magic - draw a card, play cards, tap resources and build. Players play resources which they tap to build their units. Once built, units attack the opponents units, resources, or deck. Each point of damage to the deck scraps a card from it. Once a player's deck runs out of cards, he loses the game. There were several expansion sets including: Mechwarrior, Counterstrike, Mercenaries, Arsenal, Commanders & Crusade. A compendium of the entire card set is downloadable here: Battletech Card List.