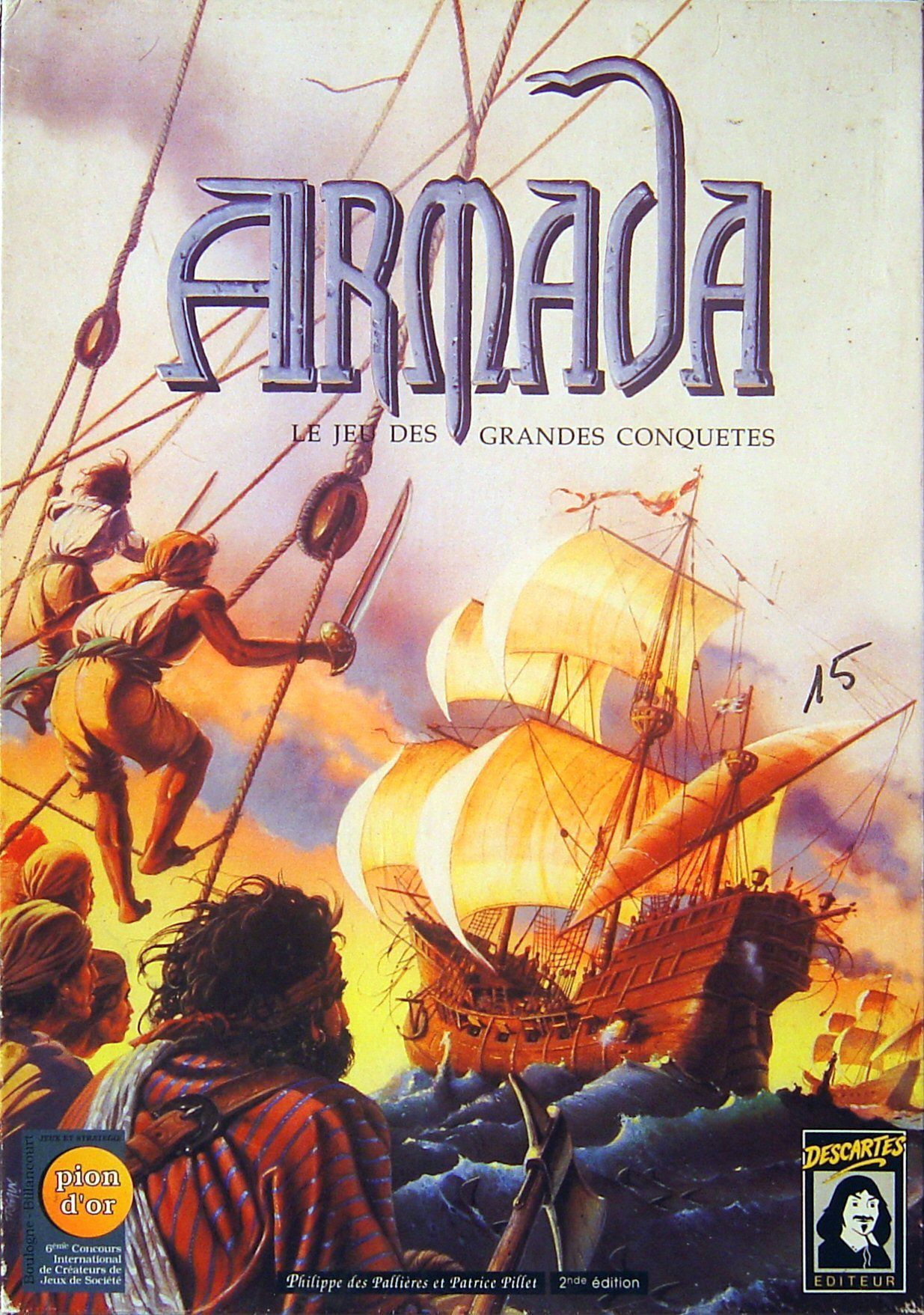 A board game with a nicely realized island group, which offers protection for either four nations or four pirate bands (depending on the edition) and indigenous people. Components: 300 plastic markers, 150 tokens, 8 ships made of metal with 2 masts, 55 cards (3rd edition only), 3 six-sided special dice, 1 rules booklet. Between the second and third edition, the theme of the game changed. The first and second have a theme of four nations exploring and colonizing new land, while the third edition has a pirate theme. The third edition also adds 55 action cards, resulting in more chaos and - possibly - less strategy (at least that's what is suggested in the rules). The board shows an island group composed of five smaller island groups separated by ocean. There is a large island group in the middle and four smaller ones in the corners. The four smaller island groups are the homelands of the four nations in editions 1 and 2 and the pirate bases in edition 3. Nations / pirates set out to explore and conquer the big island group in the middle (or each others' homelands). Every round, each nation / pirate group has 10 action points. With these you can accomplish various actions: move, load ships, explore unknown areas, attack your opponents, etc. Most important action is probably exploration, in which you roll two special dice which determine how many natives and how much gold there is in a neighboring, unexplored land. You'll have to fight the natives to conquer that land and get the gold. The gold itself you use to muster new armies / pirates. Conquest ultimately decides the winner. In the 3rd edition, you can use special cards to optimize your course or counter the actions of opponents. Thus you have a large freedom of movement, unfortunately your opponents do also. A winner of the 1986 Concours International de CrÃ©ateurs de Jeux de SociÃ©tÃ©.