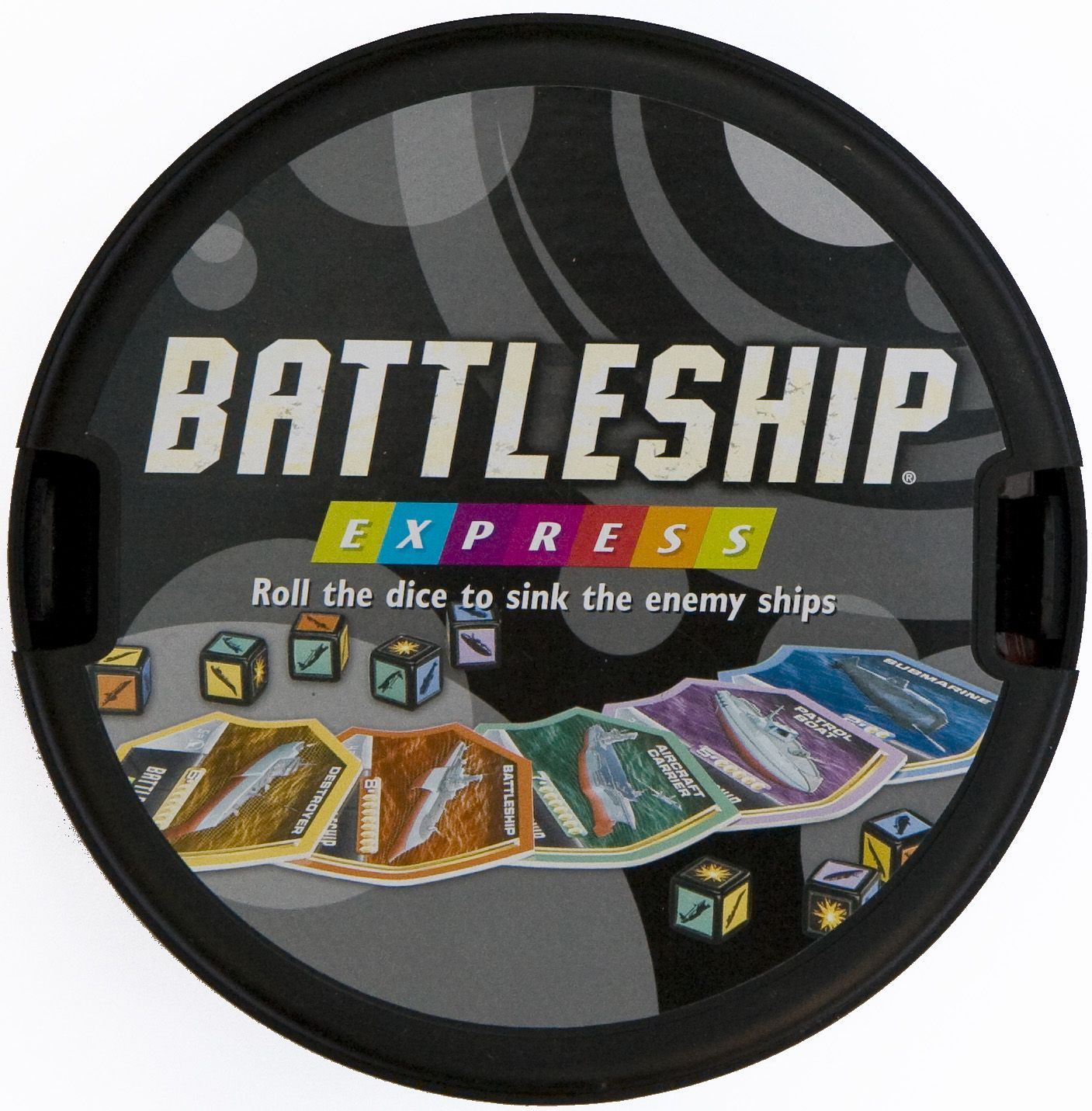 COMPONENTS 20 Ship tiles (4 aircraft carriers, 4 submarines, 4 destroyers, 4 battleships, 4 patrol boats) 8 attack dice Battleship Express comes with two different games: The Captain’s Game and The Admiral’s Game. The Captain's Game ignore the ships powers on the cards. Each player receives 5 ship tiles, one of each ship: Battleship, Destroyer, Aircraft Carrier, Submarine, Patrol Boat. Each player places them in front of them in any order to make up their fleet. On a player's turn they choose one of the ships in their Fleet to attack with and move it to the front of their line. Next the player chooses a ship of an opposing player to attack. The attacking player can only choose one of the first 2 ships in the line to attack. The attacking ship tile shows how many dice to roll. Roll that number of dice and check for hits. Each of the 8 dice is the same. 5 of the sides match the colors of the 5 ships, and the sixth side is a “burst” or “wild”. IF the player does not sink it, the dice are passed to the next player. Set aside any hits and then re-roll based on the attacking ship’s powers. Once the number of hits equals or exceeds the defense number on the ship that's defending, it is sunk removed from play and the attacking player gets a point. The first player to an agreed number of set points wins. Here’s a breakdown of the individual ship powers: Battleship: Declare target. Roll all 8 dice a total of 4 times. Bursts do not count as hits. Destroyer: Declare target. Roll 6 dice a total of 2 times. Bursts count as 2 hits. Aircraft Carrier: Roll 6 dice THEN declare your target, then roll 1 more time. Bursts count as 1 hit. The Aircraft Carrier can also attack from anywhere in your line, so you don’t have to move it to the front where it is vulnerable. Submarine: Roll 3 dice a total of one time. A single Burst will sink whatever you are attacking. Submarines can attack any ship at any place in a Fleet. Patrol Boat: Roll 5 dice a total of 3 times. Bursts count as 1 hit. Part of the Hasbro Express Line.