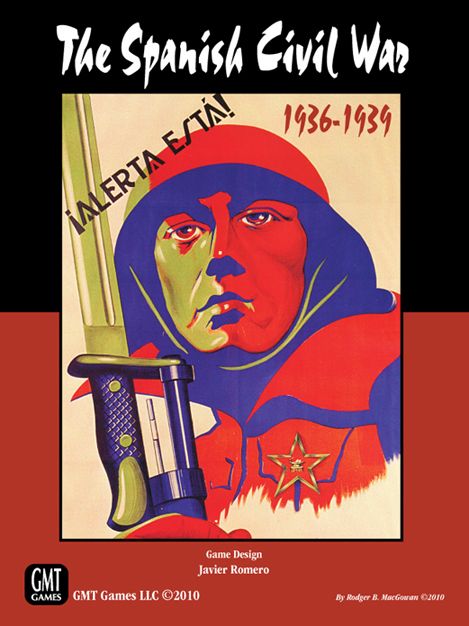 The game scales are Column-Brigade-Division, with monthly turns. There are Corps HQs for the Nationalists and Army HQs for the Republic. There are one 22" x 17"map, and two ½" counter sheets including Nationalist, Republicans, Italian, French, German, Portuguese and British units. The sequence of play is quite classic: Mutual Administrative Phase (Events, replacements, reinforcements, withdrawals), Nationalist Movement-Combat, Republican Movement-Combat, Victory/Attrition Phase. Supply is checked for both sides at the end of each turn. The main trouble designing this game was how to simulate the first months of the war and the transition to a more conventional conflict during and after the battles for Madrid (October 1936-March 1937). The main unit during the firsts stages of the war was the "column" formed by a mix of police, army, paramilitary forces, volunteers, etc. The "column" tactics was used during the Moroccan wars, and consisted in separating a force in small independent groups, highly mobile but with few possibilities of supporting each other. These tactics were mostly used by the Nationalists, but also by the Republicans. For the Nationalists, it worked against the militias of the early months of the war but failed against a better organized, armed and commanded army during the battles for Madrid. To simulate this, most early Republican units have two steps: the first would be the "column" or "militia" side, the second the "Ejército Popular" (People’s Army) side. After passing a "Conversion" or "Militarization" phase, the Republican columns are flipped to their EP side. The "Militarization" , that began during the Fall of 1936, was the conversion of the politically enthusiastic but poorly led and trained militia in more orthodox military units. The Nationalist columns are divided between "Army of Africa" columns and the rest. Their colonial units are two-steppers and are withdrawn and substituted by brigades and divisions during 1937. The O.B. of the first months of the war is also a problem. Between July and November 1936 both sides formed dozens of small military and paramilitary units, called "battalions", "columns", "regiments", etc., etc. It is rare to find two authors that have the same OB, and the few that offer an Order of Battle are rather imprecise. Sometimes the same column receives different names. One author names it after their commander, other after their area of operations, and so on... so I had to compare and check which column was cited in most of the sources.