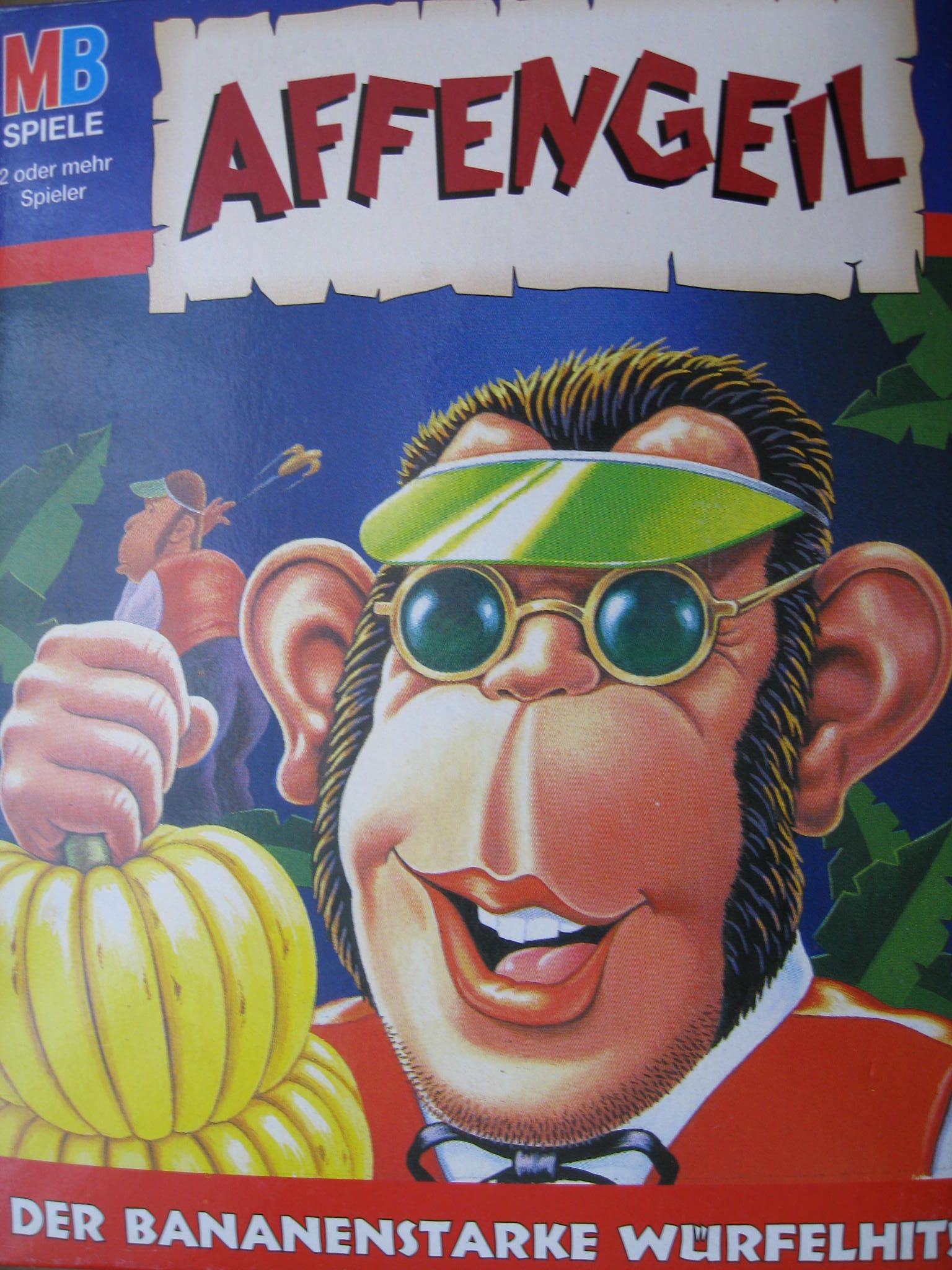 Each player has five lives (bananas). The first player rolls two dice and say a number. The highest number is always the first. For example: 4 and 5 is 54. The next throws are possible: 31 (lowest), 32, 41, 42, 43, 51, 52, 53, 54, 61, 62, 63, 64, 65, doubles 11, 22, 33, 44, 55, 66 and finally 21 (best throw). Whatever you say, the next player must throw a higher number than you said. You can bluff, and tell a smaller or a higher number. The next player must decide if he believes you or not. If you believe the number, you roll the dice again and gives a higher number. If you say that the player is bluffing, the bluffer must show the dice. If you're right loses the bluffer a banana. If the throw was right, you lose yourself a banana. When a player said 21, the next player decides if he believes the throw or not. Believing does mean not to look the dice and you lose 1 banana. Are you saying that the thrower is bluffing, then check out the dice. The loser pays 2 bananas. If during the game you shake the dice and you don’t like the throw, you can shake you again. You may not look that throw and you must give it blind to the other player; and you must say a higher number. The player can also say "more than enough". If the dice shows a higher number, you can call a low throw. So the next player has the chance to say a higher number without looking at the dice. The poker cup goes quickly around the table, but it could be a bluff. The winner is the player who’s left with one or more bananas.