The Dungeon of D - Universal Statistics 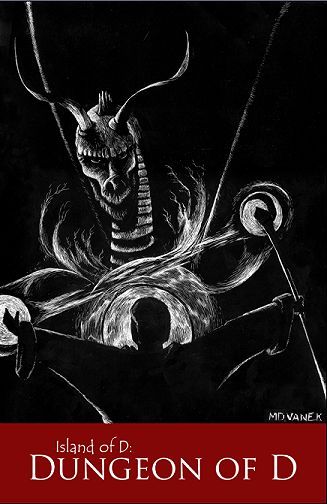 ISLAND OF D : THE DUNGEON OF D A FREE ONE player dungeon-crawling-fun card Game No bookkeeping, NO DICE, just you, the cards, a token and a dungeon to explore! 1. INTRODUCTION With the hero's success in destroying the Black Knight's plan in Dawn, it took longer for him to organise his minions. But the time has come at last, the Great War has begun! Backed up by a very strong Dark Magic, he commands a huge army of Greenskins including the fierce Goblorcs, unnatural Beasts, and now the Ice Monsters and even the Undeads have joined his army. The worst part is the Light Sword's new power -- the Black Knight now can heal his minions around him, including himself, in seconds! Approaching from the west , in a very short time three castles have fallen to his hands, and his armies are swiftly heading to the capital of D. Once again everything seems hopeless and the King of D has called the 18 legendary heroes to gather in the Dungeon of D, deep in the Forest of D to the south, where legend says that centuries ago the Great Wizard of D hid the Amulet of D'eugor. It is believed that only the legendary Amulet of D'eugor can nullify the Light Sword’s power. Unfortunately, the Black Knight knew about this too, so he placed a very strong magical barrier on the entrance to keep anyone from entering. Luckily, the King has also summoned Daryn and Derek. They can combine their magical abilities to open the barrier for a very short time, allowing just one person to enter the dungeon. But even with their combined power, they can only do this once every three hours. So, one by one the 18 heroes enter the dungeon, hoping to find the Amulet of D'eugor and survive to exit the dungeon. So far no one has returned… and you are hero number 18, the last person to enter the dungeon. Daryn looks into your eyes before you enter the crack in the barrier. "Please, you are our last hope…" You nod a little, then jump in…. 2. THE MISSION Get out of the dungeon alive as rich as you can. And if you are able to, bring the Amulet of D’eugor!!