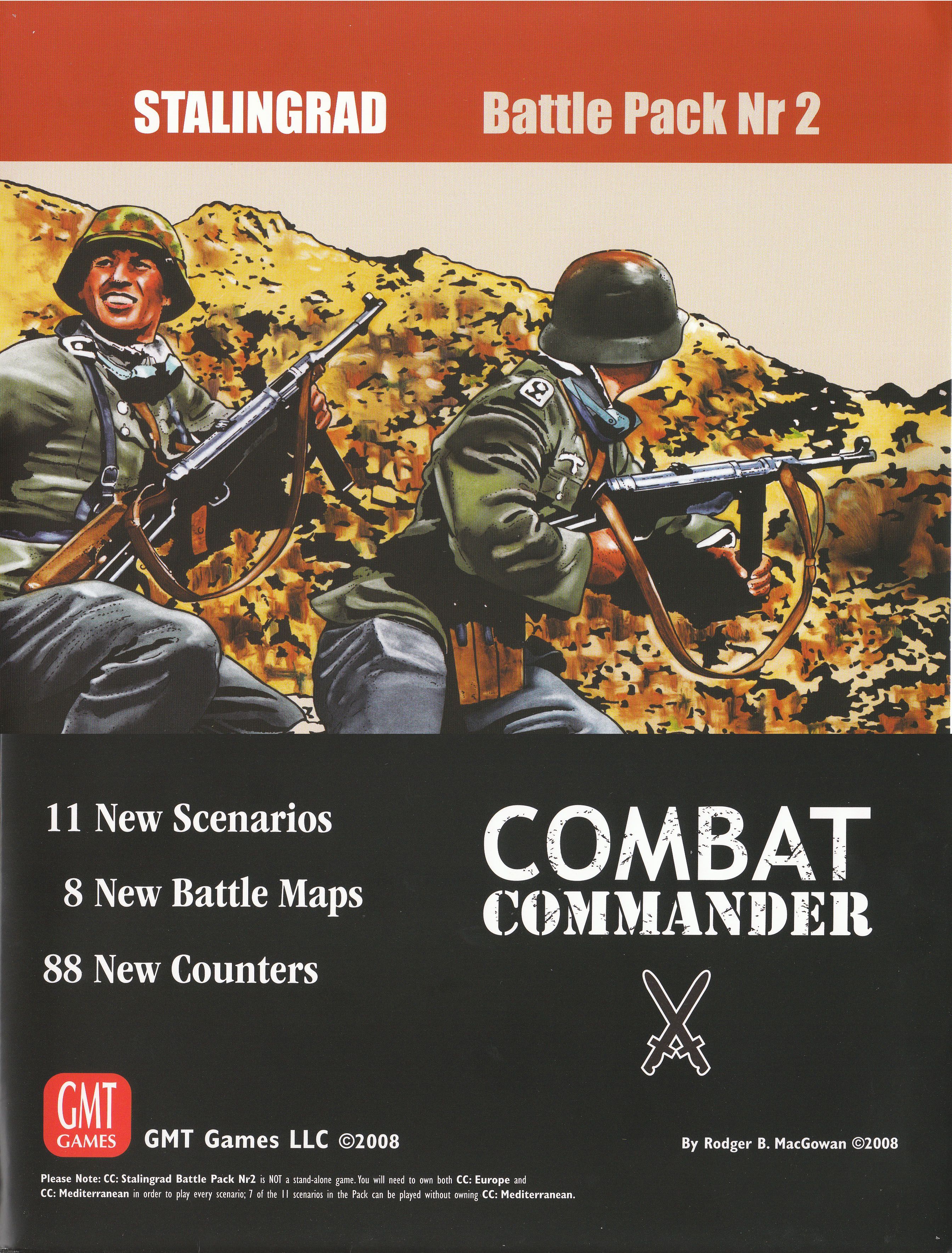 Combat Commander: Battle Pack #2 – Stalingrad is the second themed collection of scenarios for use with the Combat Commander: Europe series of games. The theme of this second Battle Pack shifts to the East Front in late 1942 as German and Soviet forces clash in and around the vaunted city of Stalingrad. CC–Stalingrad features eleven new scenarios printed on cardstock -- one of which is a new style of multi-scenario Campaign Game -- as well as eight new maps and dozens of new counters. Numerous additional rules relevant to the dense urban fighting characteristic of the struggle for Stalingrad are also included: Factories; Urban Snipers; Ongoing Melee; Rubble, Debris & Craters; Underground Sewer Movement; and the Ampulomet Molotov Launcher. The scenarios included in CC–Stalingrad are: “Spartakovka Salient” set at Spartakovka, 23 August 1942; “Sea Devils” set at the Grain Elevator, 18 September 1942; “Not One Step Back!” set at Dolgyi Gully, 1 October 1942; “Fortresses of Blood and Iron” set near the Volga River, 1 October 1942; “Into the Breach” set at the Barrikady's Great Assembly Hall, 17 October 1942; “Dom 31” set behind the Barrikady, 27 October 1942; “The Commissar's House” as fought on 13 November 1942; “Rumanian Defiance” the battle for Obliskaya Airfield, 29 November 1942; “Lyudnikov's Island” near the Barrikady Fuel Tank Area, 22 December 1942; “Stalingrad of the North” set at Veliki Luki, 14 January 1943; and the “Stand and Die” multi-scenario Campaign Game recreating the see-saw battle for Mamayev Kurgan, late September 1942. From the cover: Please Note: CC: Stalingrad Battle Pack Nr2 is NOT a standalone game. You will need to own both CC: Europe and CC: Mediterranean in order to play every scenario; 7 of 11 in the Pack can be played without owning CC: Mediterranean. Additional scenario designs in this second Pack are courtesy of Mark Kalina, Bryan Collars, Kai Jensen and Will Green. Expands: Combat Commander: Europe and Combat Commander: Mediterranean (both required)