Race for the Galaxy: The Gathering Storm - Universal Statistics 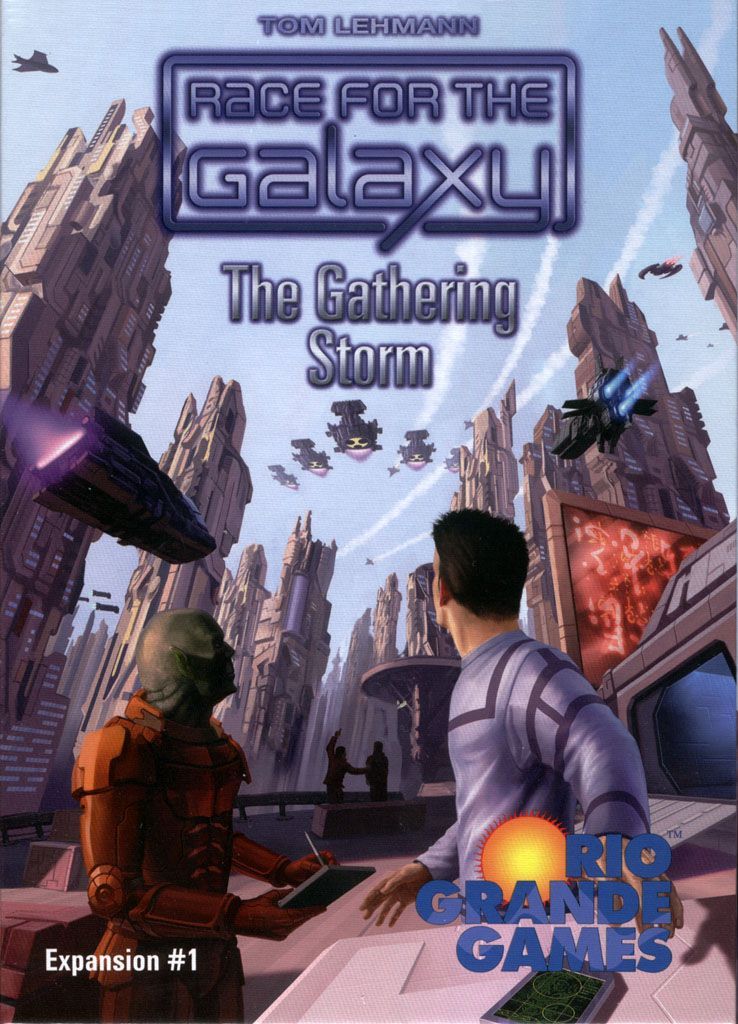 The Gathering Storm is the first expansion for Race for the Galaxy and adds new cards, an additional player, goals to compete over, as well as solitaire and drafting rules. It also includes some blank cards for players to make their own cards. The new cards include four start worlds, three 6-cost developments, two other new developments (and one duplicate development), five military worlds and six non-military worlds (including a replacement gambling world). Goals consist of ‘First Goals’, which reward the first player to achieve an objective with 3 extra VP, and ‘Most Goals’ reward the player with the most developments, military or certain types of worlds. An extra set of player cards and VP chips allows for a 5th player, and a robot template, dice, and chits allows for a solitaire game. Finally drafting rules provide a different way of playing the game for 2 or 3 players.