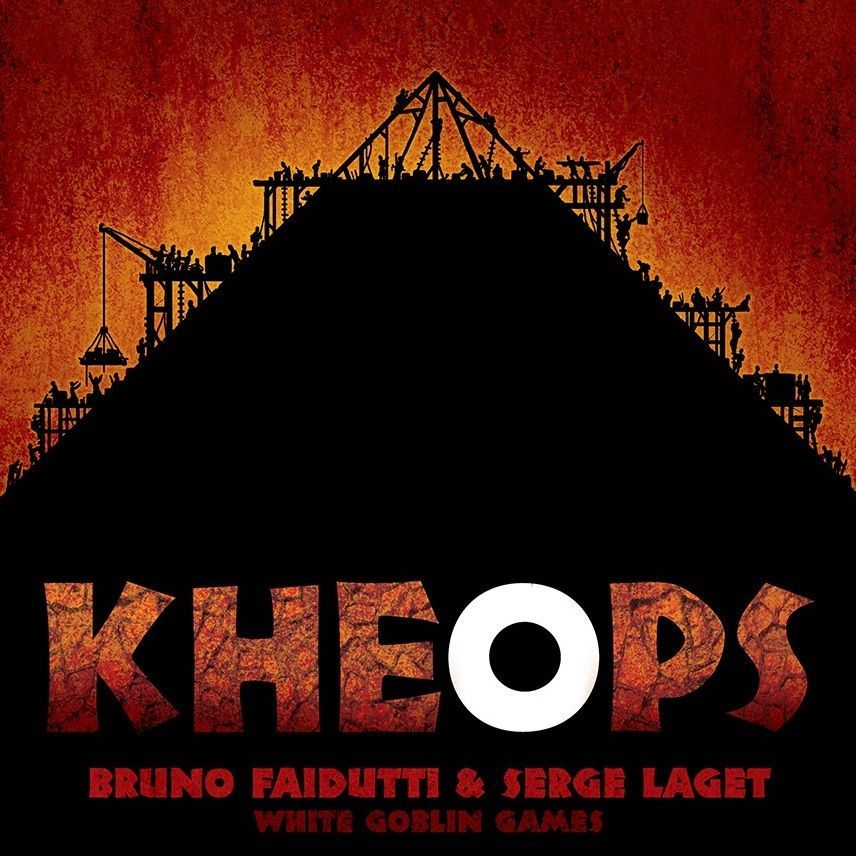 In Kheops, players are rival architects taking part in the building of the great pyramid. In turn, player place tiles (rooms and corridors) and pawns (workers, priests, mummy, and even pharaoh) on the pyramid building site. Of course, some tiles have special features, like sarcophagi or curses. There are even rumors of rotating corridors and secret networks. Challenging game for two players! Keep an eye on your opponent. Look where he lays his tiles in the pyramid and where he places his game pieces. Are you able to see through his plans? Two things to keep in mind! Occupy as many ankh-symbols as possible, but also try to make the largest possible labyrinth in which all other symbols are present. Very dynamic game! On most of the tiles you lay in the pyramid an action is pictured. They often have a direct effect on the game: tiles are turned over, game pieces are placed or they are of influence on the ending score. So keep paying attention! Unique wooden playing pieces. The wooden playing pieces are designed especially for this game and also all have a different function in the game. In combination with the sleek design, this game is a feast for the eyes!