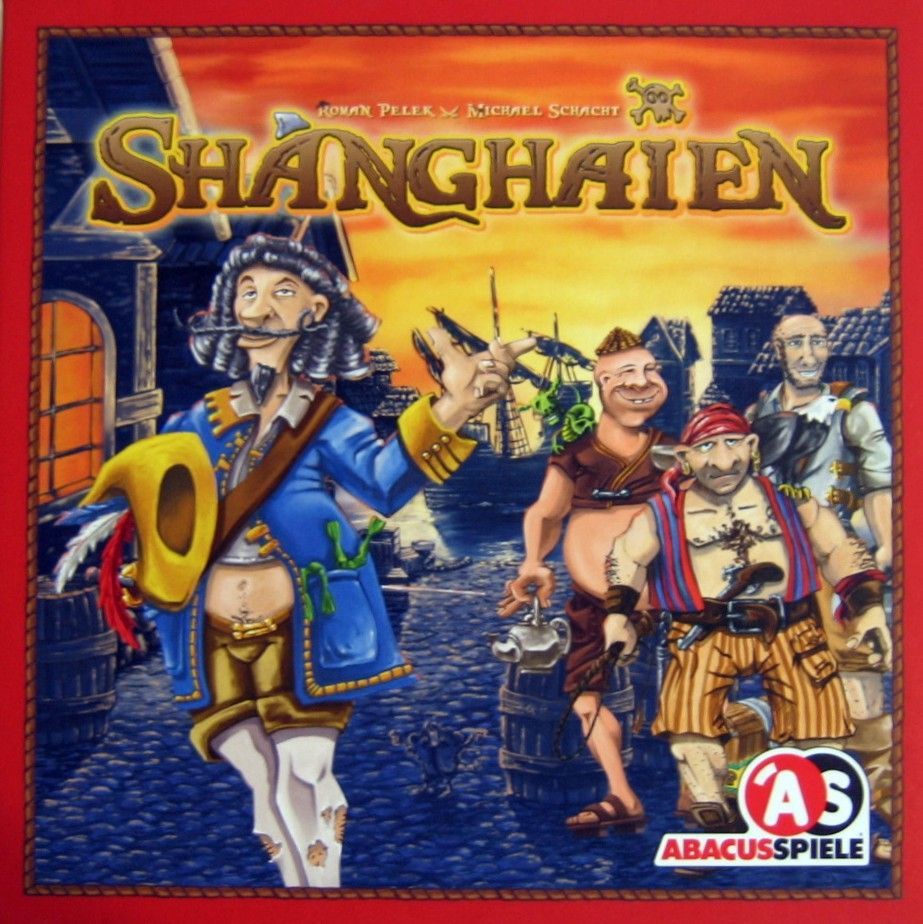 From the publisher: "At the start of each round, six cards are lined up between the players with each card corresponding to the numbers 1-6 on a die. The cards show sailors of different nationalities or special actions with which the players can influence the die results or enlarge their team. The player take turns rolling dice and assigning one of them to a card until a player wants to get out and start shanghaiing, at which point the cards are distributed to whoever has more dice on their side." At the end of the game, the stronger nationality score victory points equal to the value of the weaker team. Having a monopoly causes you to score the value of your own team. Expanded by: Shanghaien: Extrakarte 1 Shanghaien: Extrakarte 2 Shanghaien: Extrakarte 3 Shanghaien: Crazy Captain Online Play Yucata (turn-based)