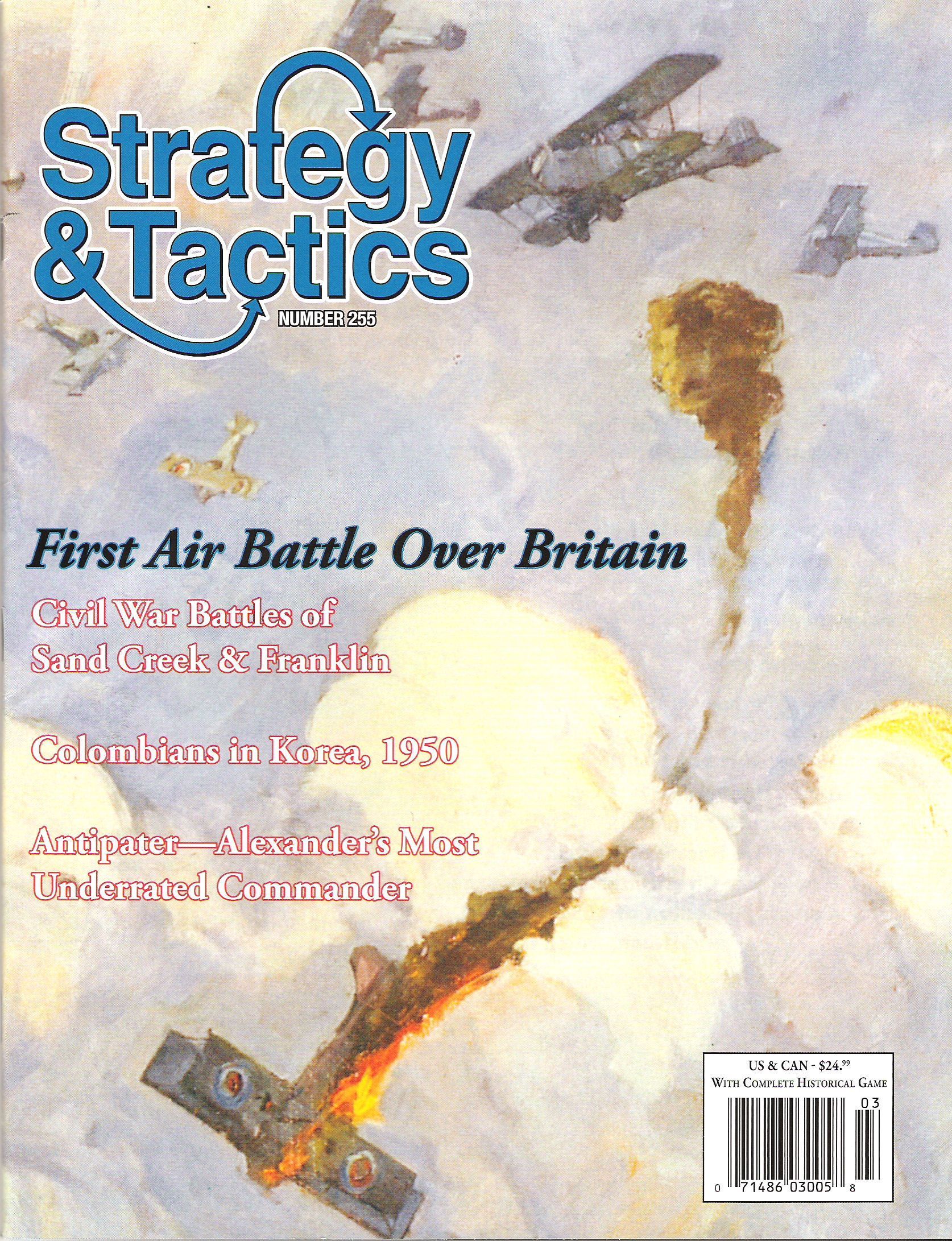 Strategy & Tactics magazine #255 First Battle of Britain (1BoB) is a two-player wargame of intermediate complexity covering the 1917-18 German bomber offensive against England. The objective is to score more morale points than your opponent. Historically the bombing inflicted little real damage on British cities in general or industry in particular. The attacks' psychological impact, however, was enormous: the campaign demonstrated Britain was vulnerable to outside invaders for the first time in a millennium. Victory is therefore determined based on the German player's ability to panic the British populace. Each air unit represents a flight or squadron of aircraft. Each hexagon represents five miles from side to opposite side. Each "operational turn" represents one month. Each "flying turn" represents 20 minutes of flying time. 1BoB has three scenarios. Scenario 1 covers the situation in 1917, with both sides racing to build up their airpower. Scenario 2 covers 1918, with both sides at full strength. Scenario 3 covers the entire campaign from 1917 through 1918. Players who want to get right into a head-to-head contest of strength in the skies over England are advised to begin with Scenario 2. Experienced players will need about four hours to finish one of the yearly scenarios, while the campaign game will take about eight hours to finish. Units include bombers and fighters, both carrier and land based, as well as Zeppelins, Royal Navy seaplane tenders and aircraft carriers, anti-aircraft artillery, aerodromes, civil defense and early warning. German formations and aircraft types included in the large-size iconic counter-mix (176 total), by famed artist Larry Hoffman, include the following: Albatross D-I, Fokker D-VII and Pfalz D-III fighters; the elite "England" and "Kagohl 3" bomber squadrons; along with plenty of Gotha and Riesen bombers. On the British side there are: Avro 504, Be-2, Be-12, Fe-2, Sopwith Camel, Sopwith Pup and Se5A fighters; along with DH-4, Handley Page and Strutter bombers. All planes are rated for air-to-air combat, pursuit, bombardment and speed.