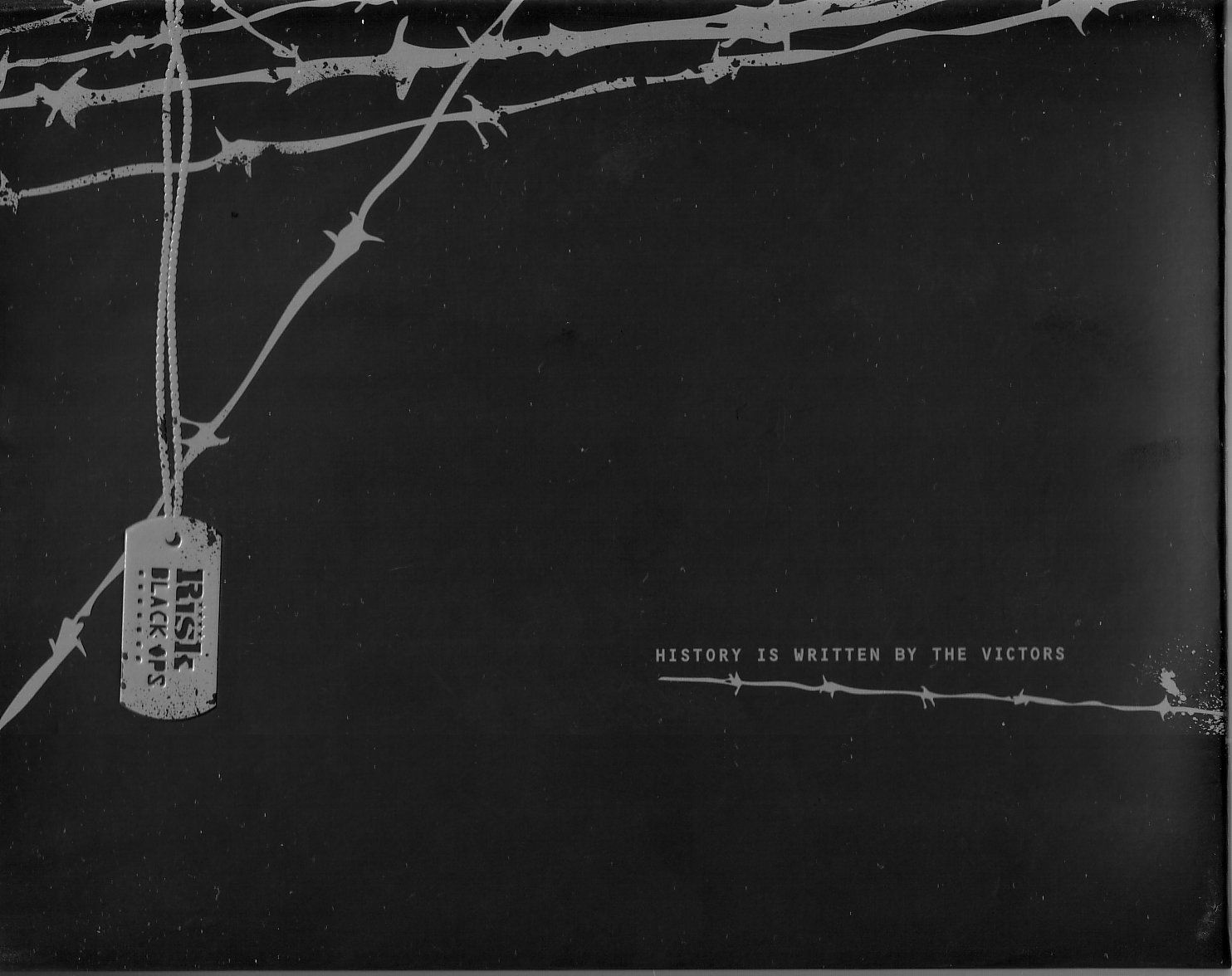 Risk: Black Ops is a promotional version of the late-2000s re-vamp of the Risk ruleset and game components. Introducing Capitals, Cities, Objectives, and Rewards the game has become about completing Objectives instead of Global Domination. Global Domination may still be played with the updated components. In the updated Risk, the Goal is to be the first player to complete 3 Objectives and be in control of your capital. Capitals are player specific and deployed during intial troop setup. Cities add to territories when calculating for Troop draft and are placed during game setup in random or pre-determined location. Troop deployment and activation is virtually identical to classic Risk. The new cards alter the method for bonus troops utilizing star icons on the cards and a chart to determine the number of bonus troops earned. Territories printed on cards are only utilized for the random placement of Cities during initial setup. Objectives and Rewards are broken down into minor and major categories. Minor Objectives include items such as Control Europe and Control 1 Enemy Capital. Major Objectives include items such as Take over 10 Territories in one Turn and Control 18 Territories. Minor Rewards include items such as Additional Maneuver and Guaranteed Card. Major Rewards include items such as Airfield and Attack Die. The new Goal of attaining Objectives provides much of the original Risk experience with a decreased time commitment and randomly selected Objectives changing the experience on each play. Re-implements: Risk Re-implemented by: Risk (Revised Edition) Components: Gameboard 7 Dice (3 Red D6, 2 White D6, 1 Sparkly Red D6, 1 Sparkly White D6) Deck of 42 cards 5 Sets of Units (80 single troop blocks, 6 triple troop triangular prisms in Red, Green, Blue, Yellow, and Black) 5 Capitals (Short cylinders in each color) 15 Cities (Tall rectangles in grey) Part Sheet (12 Objectives, 8 Rewards) Rule book