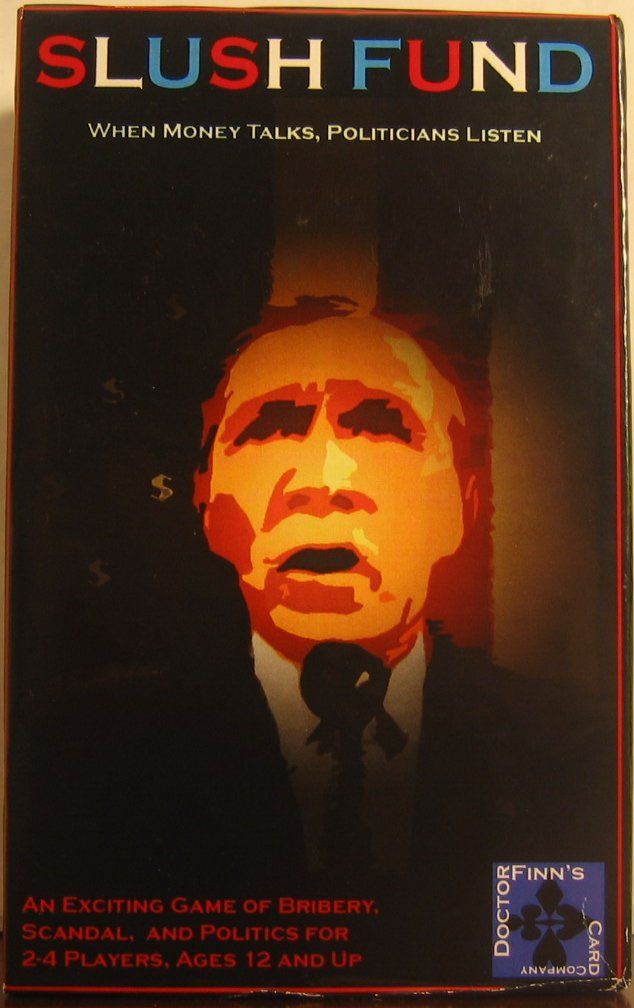 (description from publisher's website) THE GAME CONCEPT It is 21st century America--a place where money talks and politicians listen. In this game, players are wealthy CEOs who bribe politicians to gain political power and influence. Players must be careful, however, because political scandal might bring down one's political friends and all of one's invested money. Players who use their money wisely to bribe the right politicians will be victorious. OUTLINE OF GAME PLAY The object of the game is to score the most Victory Points. You win Victory Points by having the highest total bribe on any of the five Politicians. On your turn, you will receive and play Money Cards and/or Power Cards. You bribe a Politician by placing a Money Card next to, and on your side of, a Politician Card (which are in the center of the table). The bribes grow as more Money Cards are played on the same Politicians. Power Cards are used to perform a variety of actions and are discarded after use (such as stealing other people's bribes). At game's end, all the bribes are revealed and tallied up. Players score Victory Points for each Politician that they have 'won' by having the biggest bribe. The player with the most Victory Points wins the game.