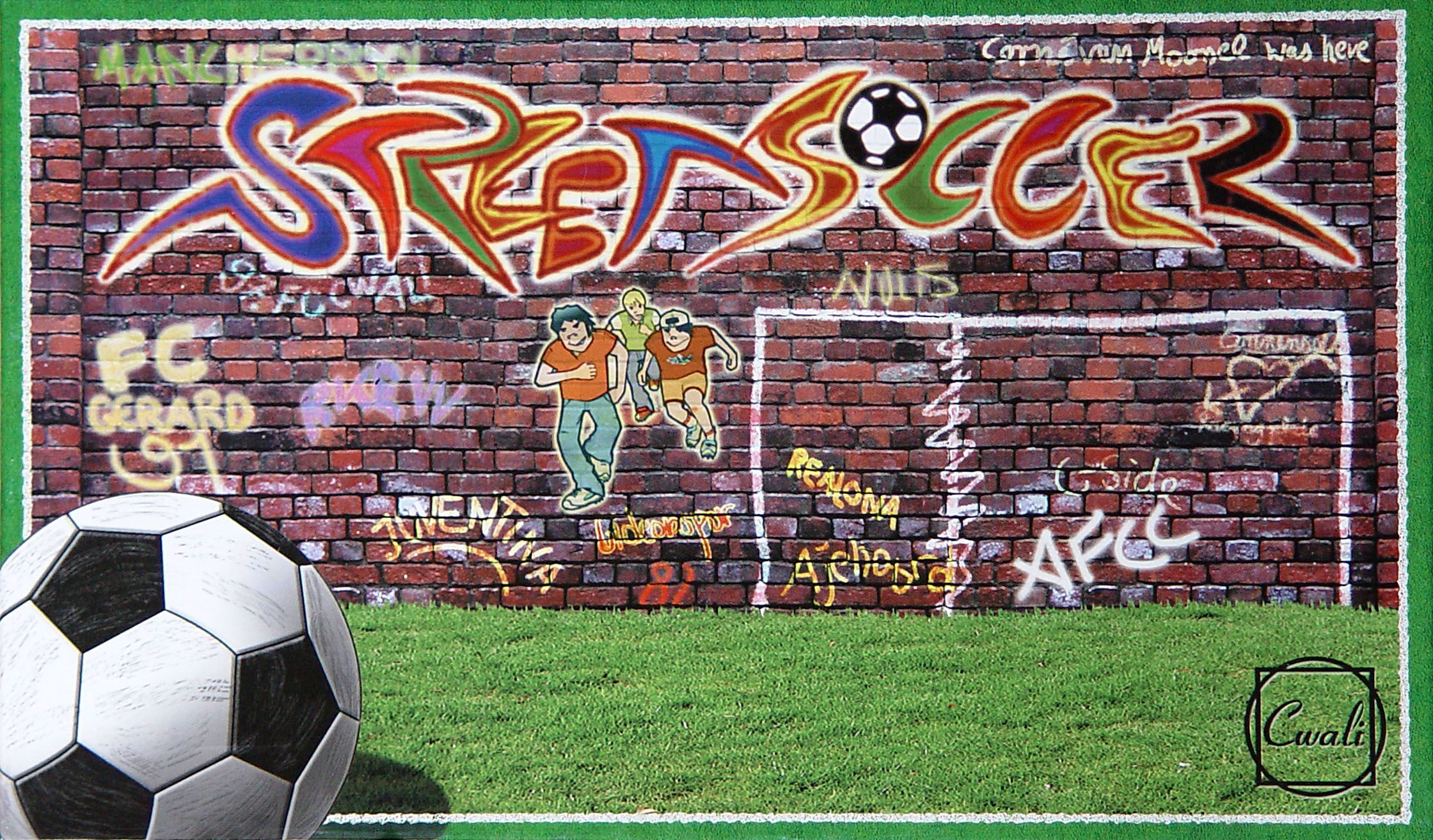 StreetSoccer is the name in the Netherlands (Dutch: Straatvoetbal) for how soccer is played in parks or squares in cities and villages. In this game 2 StreetSoccer teams play a 25 'minute' match. The soccer field is 10 spaces long and 6 wide (plus spaces outside the lines). The 2 players of this game both are coaches of one team. Both coaches have 5 StreetSoccer player figures (incl. the goalie). A die determines your number of spaces to move one of your figures. If you reach the ball you shoot the ball by the unused number of pips on the die plus one, and can make passes between players of your team. The die makes luck a part of this game. But your choices, like which player you move to which field and where to pass the ball are very important. For the following turns you calculate chances for your opponent and yourself and you try to have your players in good positions for later situations.