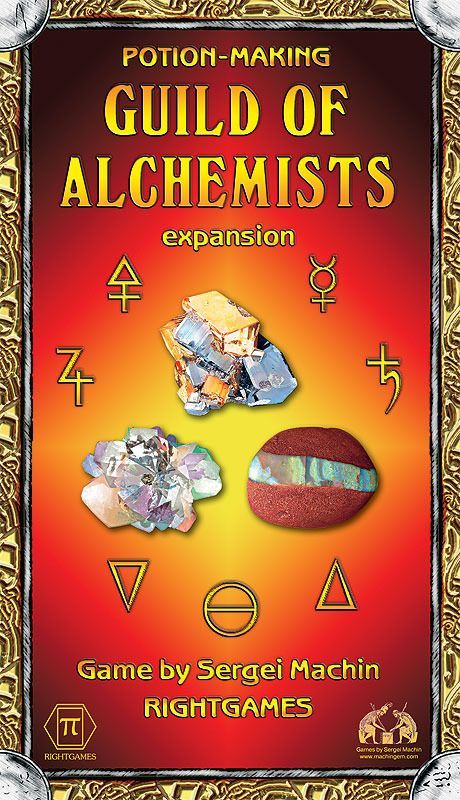 Potion-Making: Guild Of Alchemists, the second expansion for Potion-Making: Practice, adds another deck of cards to the game. With this expansion, the players can now attempt to create the Philosopher's Stone. How? At the start of the game, each player receives a Magnum Opus card that shows a succession of formulas. If you manage to fulfill the list you've been given, you create a Philosopher's Stone, the game ends, and you earn additional points. Potion-Making: Guild Of Alchemists also includes new formulas, spells and rules, and while you need the base game in order to play, the Practice and Guild Of Alchemists remain separate. Each turn now consists of three phases in which you can draw cards from either deck and play them as elements or formulas, therefore giving you new opportunities to carry out your strategy and invent ingenious combinations. "Elementary granum", a new element in the expansion, can be used as any element when creating a formula, then can replace any other element. The expansion also includes "Elixir of Omnitude", which can replace any simple (two-component) elixir – but if someone takes your completed formula made with this Elixir or with Elementary granum, you won't score half the points in compensation. Yes, there are benefits for paying for everything. The expansion Potion-Making: University Course can also be "combined" with Guild Of Alchemists, which means three separate decks would be in play.