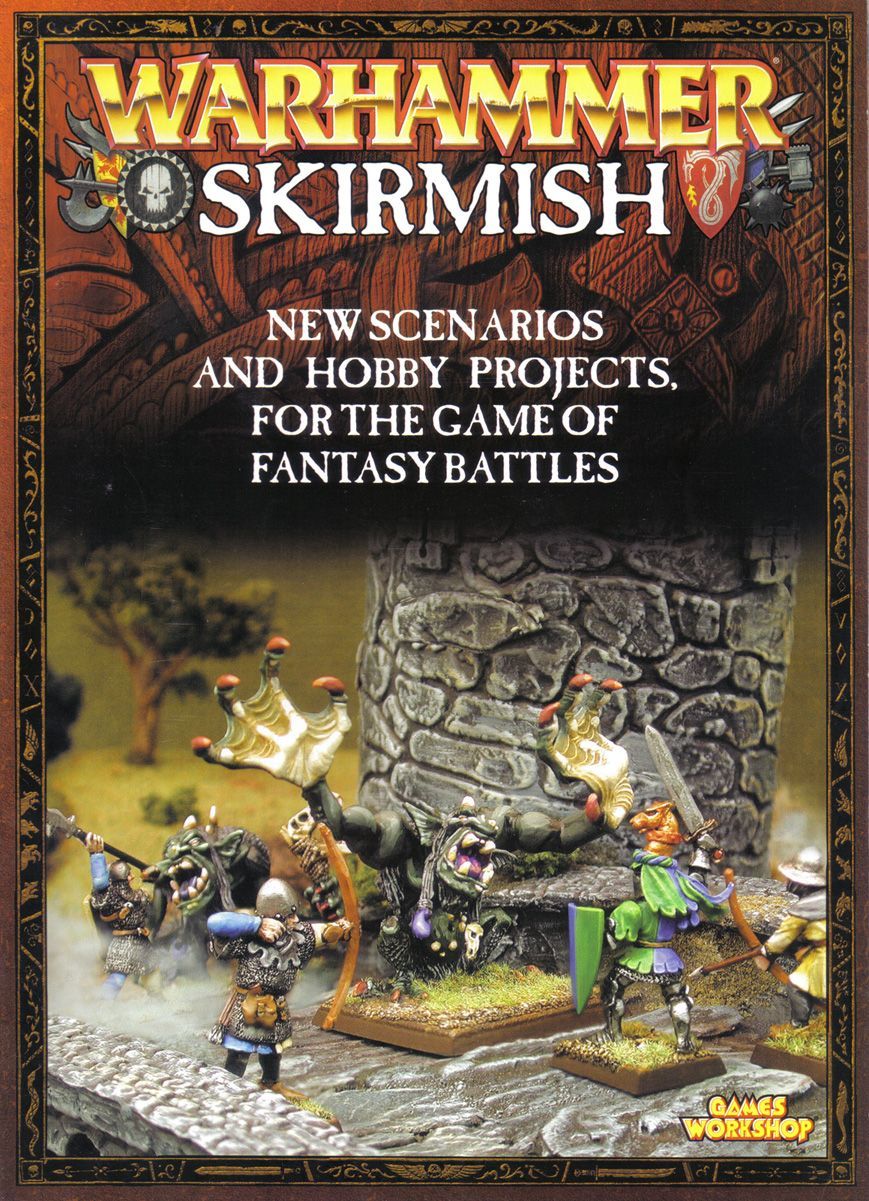 Warhammer Skirmish is not a stand alone game, but does provide some modifications to the basic Warhammer Fantasy Battle system. The book contains 25 scenarios for playing small scale skirmish battles, with forces from anywhere between 2-30 figures a side. The scenarios are, as you would expect from a Games Workshop product, lavishly illustrated and interspersed with modeling advice and ways to change the scenarios to suit your own figure collections. The book itself is 50 full colour pages and was priced at $3.95 From the back of the book: "Endlessly deep ranks of infantry, massed batteries of ear machines and archers firing volley after volley, swords crashing on shields and armor in and unrelenting sea of battle. Such occurrences are not uncommon in the Warhammer world. However, not all important battles take places between two massive armies clashing over a sweeping battlefield. Some of the most crucial skirmishes are fought on an entirely different scale, one that may never be recorded in history, but are no less meaningful in the grand scheme of things." For some reason Warhammer Skirmish was never released outside of the USA and Canada.