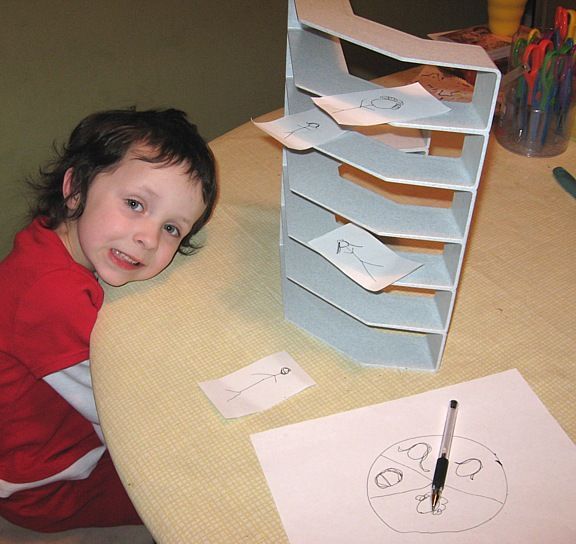 5 year-old Becca Endres designed this game based on one of her favorite subjects... hotels! The game, Hotel, is played by 2-4 players. A spinner with pictures of the different player's characters is spun and characters are moved up the floors of a several story hotel. If other players are occupying floors above the player that the spinner pointed to, then that player skips ahead to the next open floor. The first player to reach the top luxury penthouse floor of the hotel is the winner. A slightly more involved version of Hotel is also being developed, with the help of Becca's daddy, which offers options including: changing the spinner to a rondel; multiple paths/lanes of hotel rooms, allowing players to choose to move their character and other characters up, down or sideways; and a simple monetary system for "upgrading" your rooms to a higher level. The basic game is playable by Ages 4 and up and the more advanced game intended for Ages 7 and up (with younger kids able to play with a little help from their parents or older siblings).