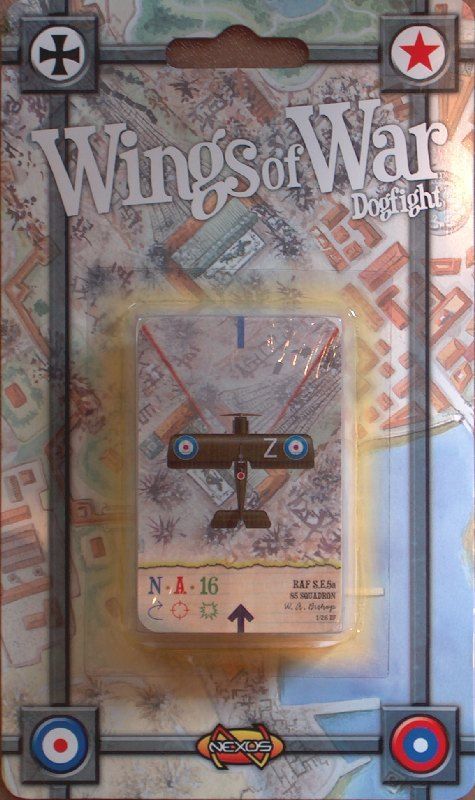 Each Wings of War Booster Pack includes a set of 72 new cards (half the cards normally included in a complete set of Wings of War) which expands on the existing games and allow the players to fly 2 additional planes. With the Dogfight booster pack, the RAF Se5a and the Siemens Schuckert D.III and D.IV come to life in Wings of War. They come with two new maneuver deck each. The cards feature several planes from the First World War, plus two Se5a of the Poland and Soviet air forces from the post-1918 conflicts in Eastern Europe. A Wings of War Booster Pack is not a complete game. The Dogfight Booster requires either Famous Aces or Burning Drachens. Part of the Wings of War series