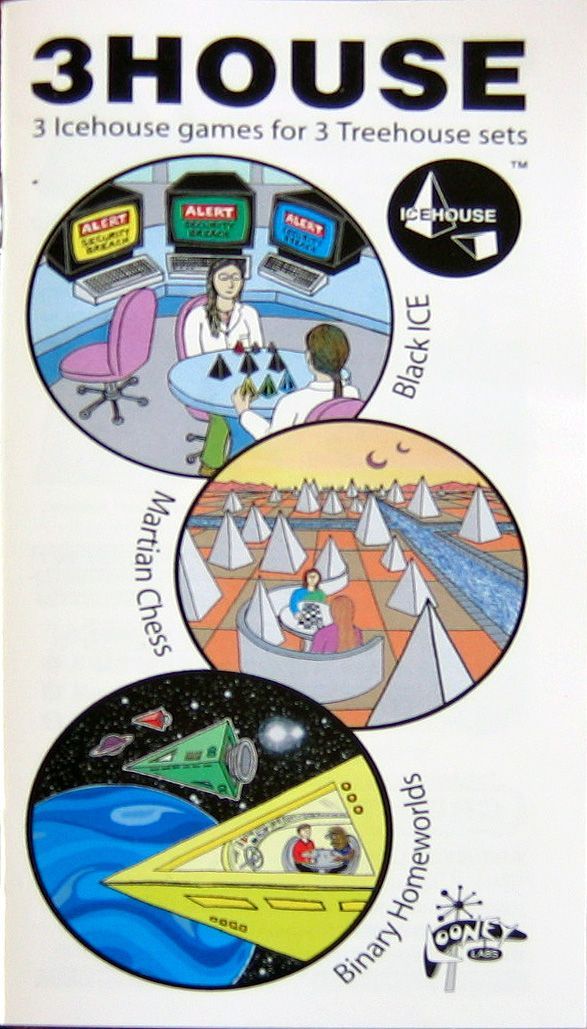 From the makers of Icehouse comes a new collection of games designed for their hit game Treehouse! 3House contains three games that can be played using three copies of Treehouse. Black Ice: You need a three-digit password to hack into the computer system, but the Intrusion Countermeasure System (ICE) is waiting to get you if you have the wrong code! Martian Chess: Using your pieces in a corner of the board, position your pieces to attack and capture pieces from other players. Lose all your pieces and it's game over! Binary Homeworlds: In this two-player adaptation of the popular Homeworlds game, your pieces become a space fleet trying to control your sector of space. Build new ships, explore the galaxy, and attack your opponents! Protect your home world at all costs or it's game over!