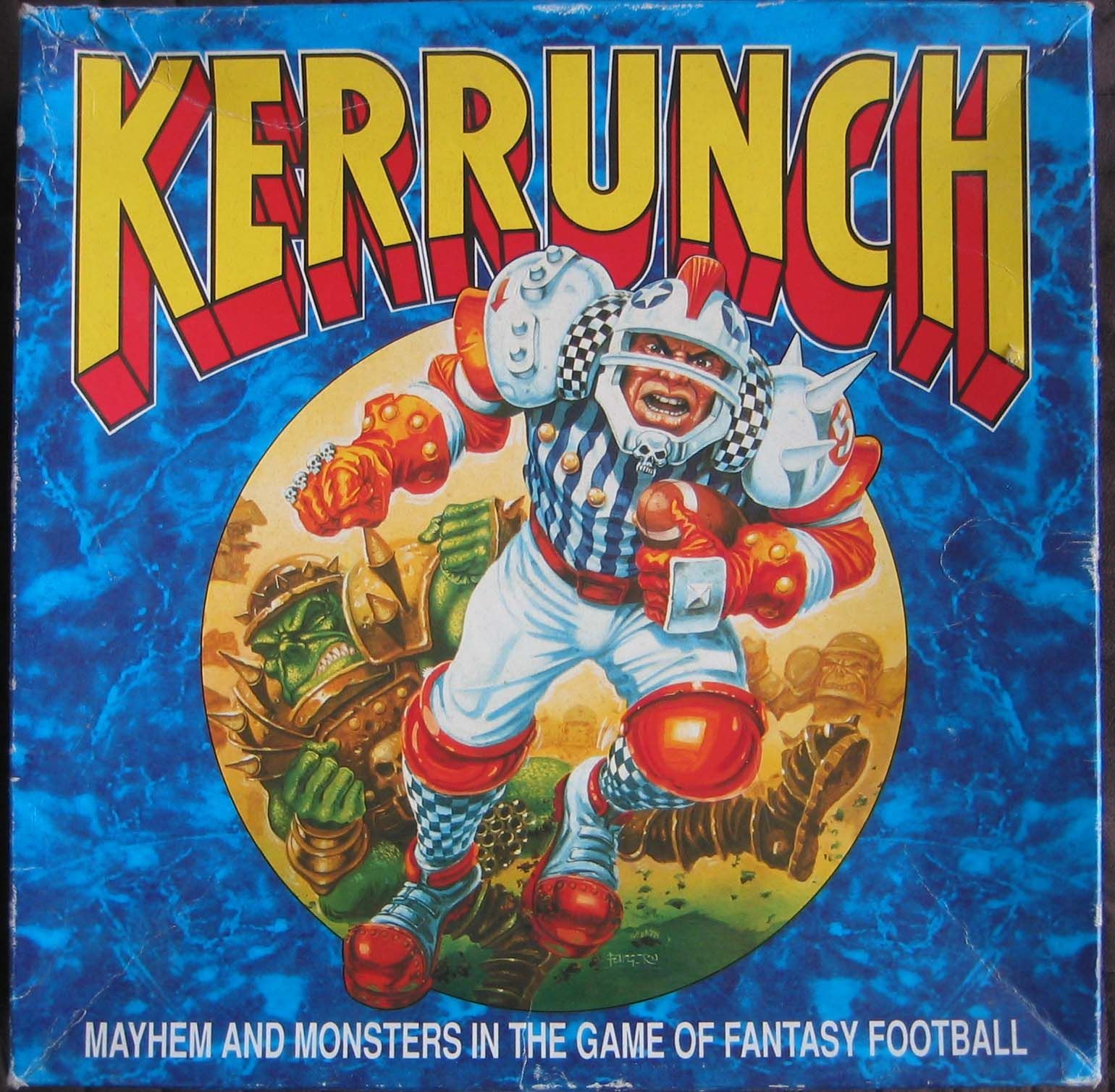 In Kerrunch the idea is to score three touchdowns. Starting with the player who won the toss, you take turns trying to move players to try to get the ball in your opponent's end zone and score a touchdown. When, either, you or your opponent score a touchdown the game is paused while injured players come back on. The two teams then return to their end zones and the game restarts until one team has scored three touchdowns, and won. From the box: "Kerrunch! The title says it all! This is the football game with a difference, where teams of heavily armored Orcs, Dwarfs, Humans and Elves have to fight their way from one end of the pitch to the other to score those elusive touchdowns.