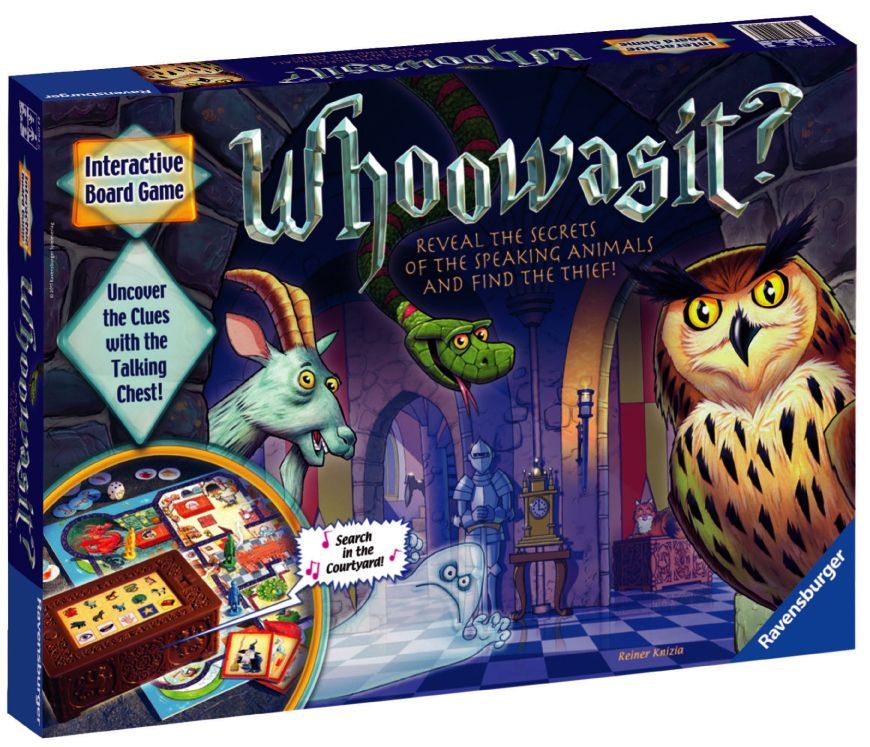 In Whoowasit?, players must find the magical ring that was stolen from the wise king by the evil wizard. Playing against a running clock, players move their playing pieces through the various rooms on the game board to uncover clues to who stole the precious gem. Along the way, talking animals help players solve the mystery of the stolen item with the help of a treasure chest that randomly supplies clues on behalf of the animals. Whenever players meet animals, they must feed them so the animals — that can only be understood by children — can provide the clues that advance gameplay. The clues supplied by the electronic treasure chest ensure that no two games are alike. All players must work together to find the stolen ring, and they win or lose as a group, depending on whether they can master an assigned task. Whoowasit? is the third electronic game by Reiner Knizia published by Ravensburger Spieleverlag GmbH.