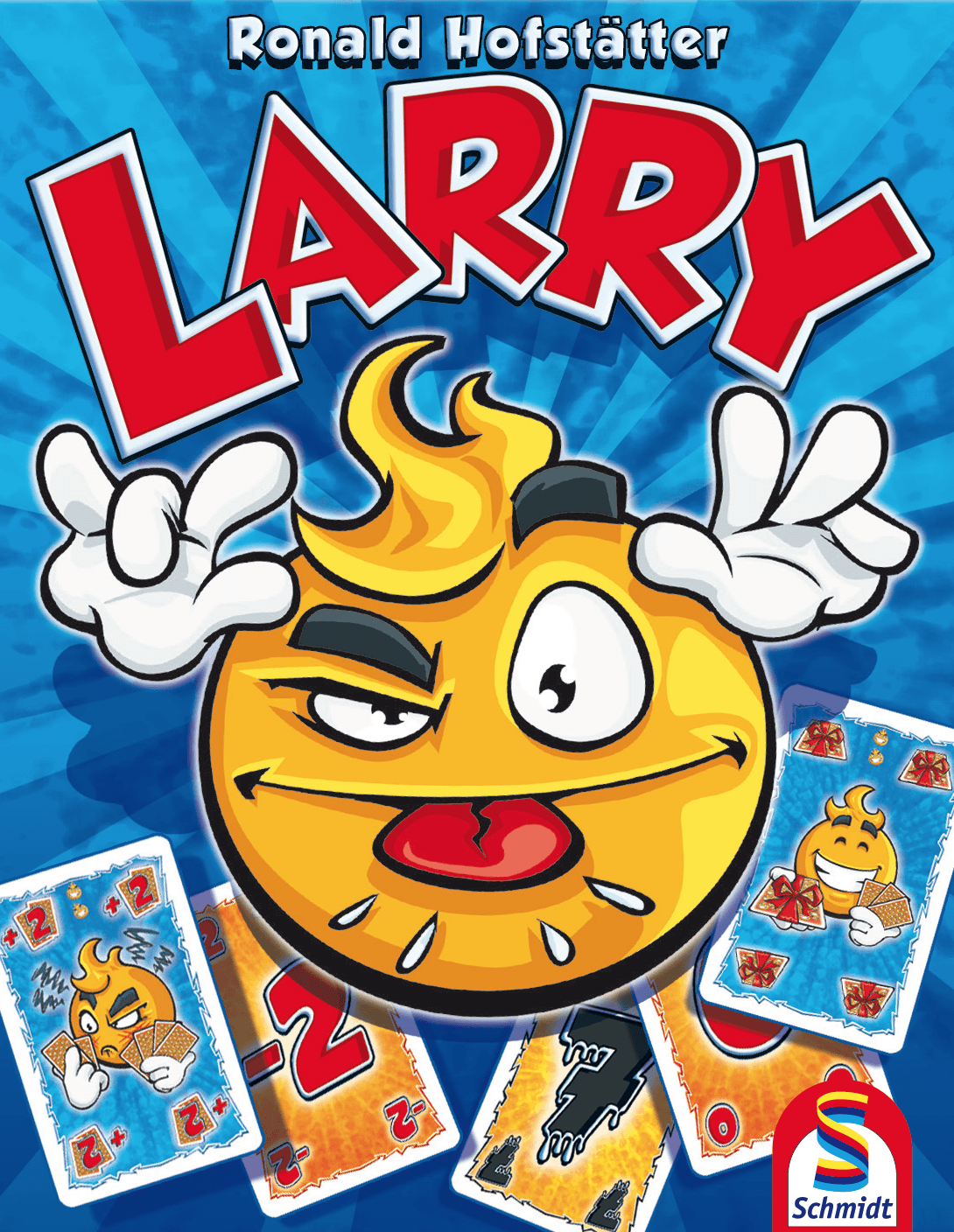 Larry, a.k.a. Blöff, is a bluffing card game along the lines of Cheat and Bullshit in which players take turns laying cards into a central stack and making claims about what they played. As long as the next person in line doesn't call their bluff, they're off the hook! To start a round, each player receives a hand of 5-12 cards, depending on the number of players; cards range in value from -2 to 7, with a handful of special cards also being present. A limit card shows a 7, with players playing clockwise. On a player's turn, he lays one card face-down on the table, adds the number on that card to the sum announced by the previous player (if any), then announces the new sum; the player can play any card and state any sum, as long as it's not higher than seven. The next player has the option of playing a card (under the same circumstances) or calling the previous player's claim. If he does this, reveal all of the cards and sum them, with action cards counting as zero. If the claimed sum is correct, the doubter draws two cards from the deck and starts the next round; if not, the previous player draws two cards — even if he played honestly on his turn. As soon as you make a claim, you're responsible for what everyone played before you! Actions cards can be played face-up for their action, and they allow you to give one card from your hand to another player, force someone to draw two cards, force an opponent to play her next numbered card face-up, or change the direction of play while simultaneously flipping the limit card; when first flipped, the limit changes to 5 and players must now abide by that limit. The deck also contains three gloating "Larry" cards, and if one or three Larrys are in the central stack, then a player's claim of a sum is always correct! When a player runs out of cards, the next player can doubt the total or let it stand. the player who went out scores 2 points, while everyone else loses points equal to the number of little Larry symbols on cards still in their hand. After three rounds, the player with the highest score wins.