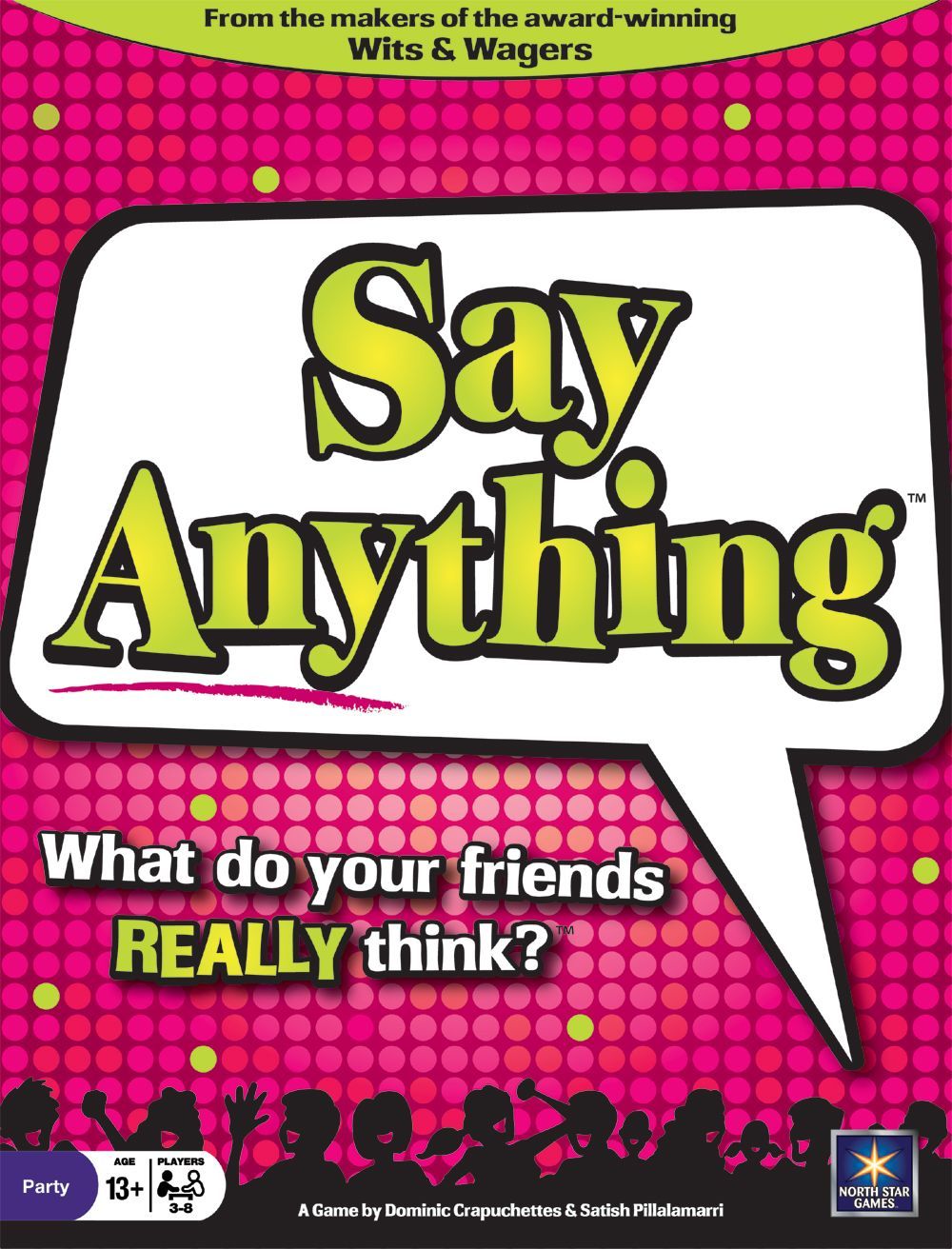 Say Anything is a light-hearted game about what you and your friends think. It gives you the chance to settle questions that have been hotly debated for centuries. For instance, "What is the most overrated band of all time?" or "Which celebrity would be the most fun to hang out with for a day?" So dig deep into your heart or just come up with something witty - this is your chance to Say Anything! How to Play 1) Ask a question from the card you draw. For example: - If you could have a "BIG" anything, what would it be? - What's the most important invention of the last century? - Which website would be hardest to live without? - What's the best activity for a first date? - What's the worst thing to say to a cop after getting pulled over? 2) Everyone else writes an answer and throws it face-up on the table as fast as possible. No duplicate answers are allowed! 3) Secretly choose your favorite response using a genuine state of the art SELECT-O-MATIC 5000: 4) Everyone else has two betting tokens to bet on which answer you chose. They can bet both tokens on one answer or split them between two different answers. Who Will Like This Game? Say Anything is a pure party game. It was designed to get a party started as quickly as possible by prompting people to talk about interesting things and to make ridiculous statements. If you are looking for great social interaction and lots of laughs, then you will probably enjoy playing Say Anything. History Say Anything was designed by Dominic Crapuchettes & Satish Pillalamarri. It was first work-shopped by game designers at Protospiel 2004 and refined at Protospiel 2005, PowWow 2005, the GoF 2005 - 2007, and weekly game nights at the Looney Labs.