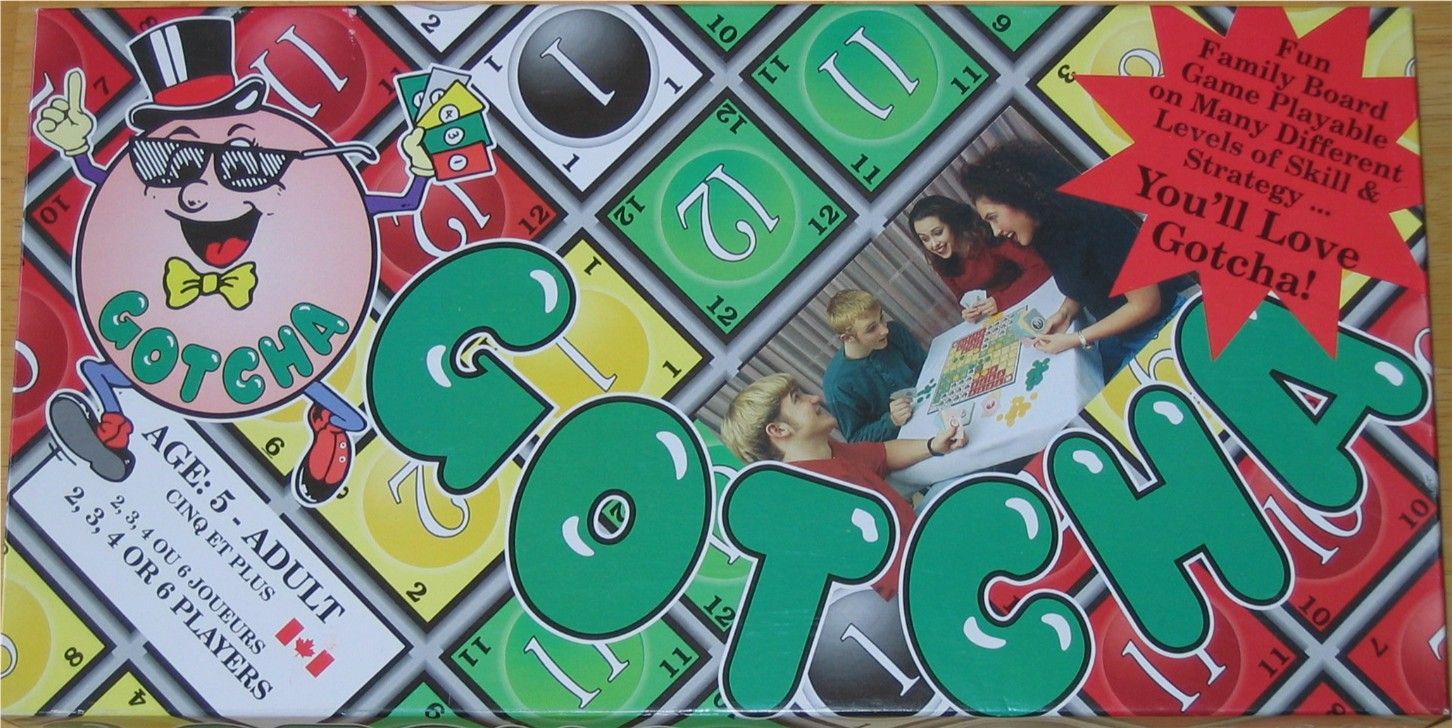 Gotcha is a board game created in the 1980's by a division of a jewelery company (Roset by Reid) based in Medicine Hat, Alberta, Canada. The goal of the game is to create rows of 5 chips in your color across a board divided up into rows of colored and numbered squares. On his turn, the player will play one of 5 cards from his hand of cards, each of which have a number and a color on them. The information on this card indicates a limited set of squares on the board matching the color and number on which a chip can be placed. There are also 2 special kinds of cards: Wild cards which allow a chip to be placed anywhere, and Gotcha cards which can be used to remove an opponent's chip from the board. A round is over once a player has created 2 rows of 5 chips. Each row of 5 garners 50 points. Several rounds are played until one player reaches 500 points and is declared the winner. This game can also be played in 2 or 3 teams of 2 players each.