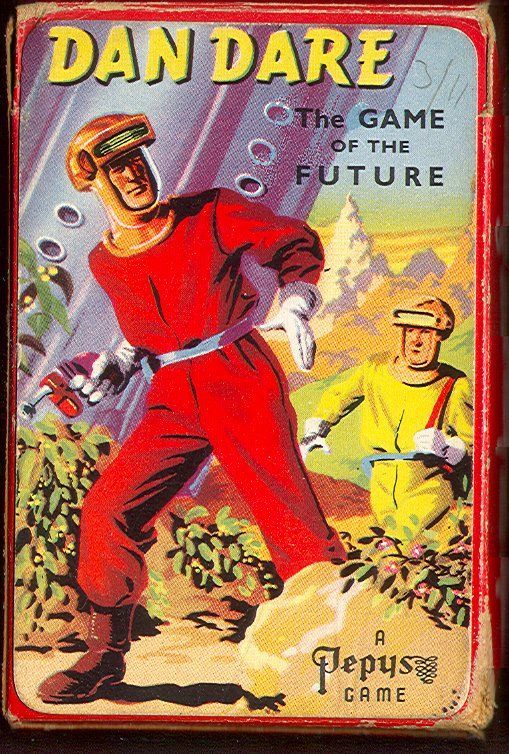 The game consists of a pack of 44 cards, picturing Dan Dare and his friends from the Eagle. There are four suits (Air Transport, Weapons, Land and Sea Transport and Animals) though in each suit the highest numbered cards are Dan Dare himself (11), Miss Peabody and Sir Hubert Guest (10) and Digby (9). The game is a two part trick-taking card game. In the first half of the game the winner of each trick gets to take a visible top card from the remainder of the deck (the loser takes a hidden card) and in the second half the cards won in the first half are used.