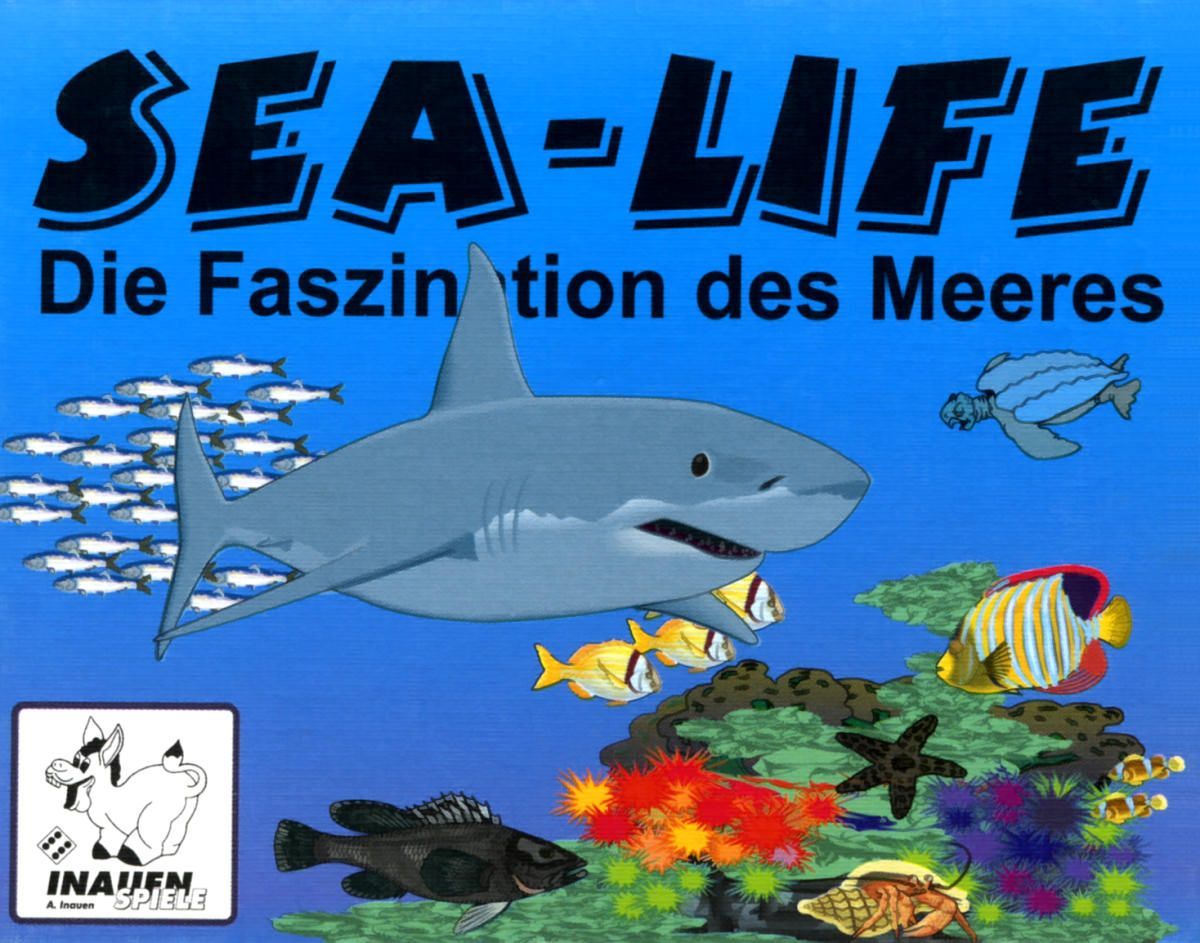 This is an underwater game for two to six players. Each player has his own deck which consists of marine life and a fisherman. Each marine life card has a set of stripes that allow players to know which fish can eat which. A board is created using food(prey) cards.The board consists of prey giving either possitive or negative points. The food cards are shuffled and placed in a stack in the middle of the table. Each player draws eight Food cards and adds them to his hand. The starting player begins and sets a card face down in the middle of the table. In turn then the other players follow in clockwise and insert their card played face down on the left of the previous card. This generates a hidden row of cards. During the second phase of the game, the first player begins again and sets this time one of his cards to food underneath a hidden playing card. A food card must not be discarded under our own card. EAch player does the same until we have two complete rows with hidden cards on the table. The next phase is scoring.The map tiles are successively uncovered, without changing their position. Initially the food map is resolved When all cards have been detected and analyzed, they come back in the box. The game continues anti-clockwise. Once all hole cards have been played and scored, the game ends. The player with the highest total wins.