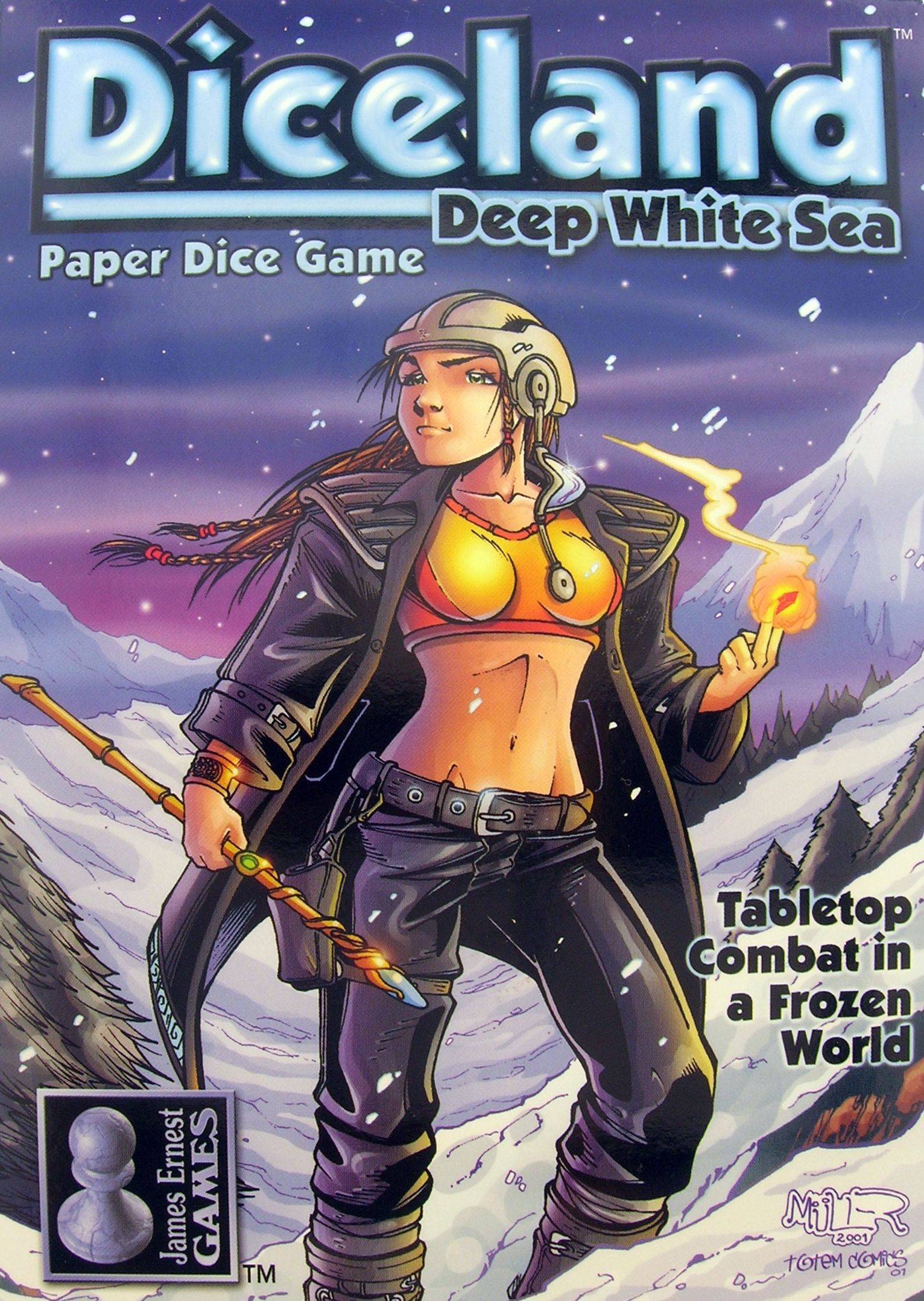 James Ernest once again stakes out some uncharted game design territory with Diceland: Deep White Sea. The game consists of five sets of octahedral stiff paper dice, about 2" per edge, with five team members per set. These dice have full-color comic-book style artwork by Eduardo Muller and game information printed on each face, and each die represents a character. Each die is pre-cut and scored, and assembles easily with just tabs and slots. Despite being made from "mere paper," the dice are surprisingly sturdy, and the use of a good quality card stock means they tend to stay in good condition. Unless you accidentally sit on one, of course. The basic goal is to be the first person to reach 50 points, which are earned by "killing" your opponent's characters. Each turn, you may throw a new character into the arena (if you have any available to throw), have one of your characters use his or her action or power, or have one of your characters move. Movement is done by rotating a die onto a new face on the table. If you throw a new character into play, he or she may immediately use his or her power on the side that lands face up. Available powers may be an attack or a special action. Some of the special actions allow you to, in turn, use the powers of other teammates, triggering a cascading reaction across the table. Attacking is simple: Each attack has a power rating. If it exceeds the block rating of the defending dice, the defending dice is killed, and the attacker scores its points (printed on side one of each die). If it is equal or less than the defense value, the defending die is merely moved so that a lower value face is face-up, unless it's been "wounded" so many times that it's already on its lowest face, in which case, it dies. A basic game of Diceland lasts about 20 minutes. List of Diceland sets and armies