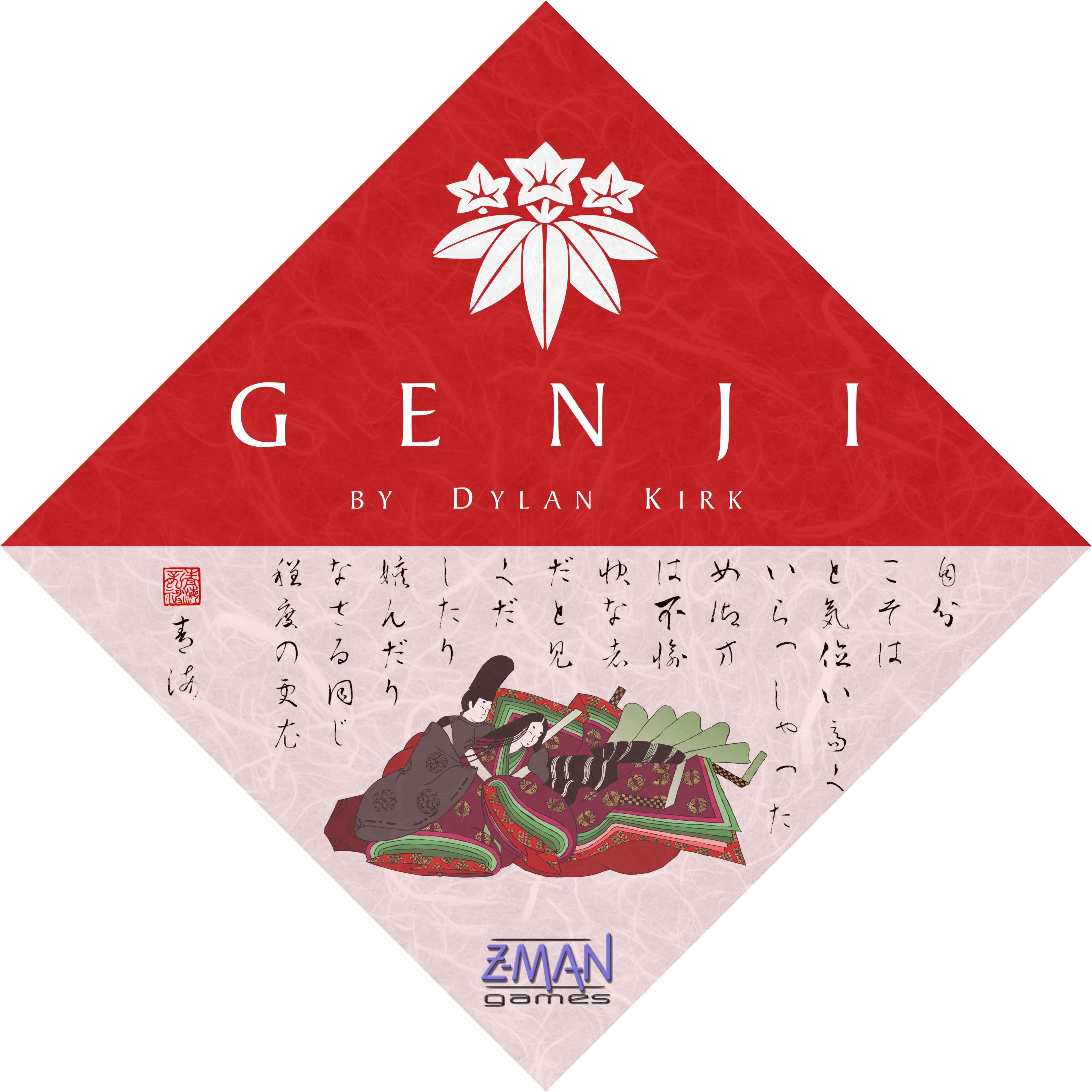 In an age when poetry and the arts reigned supreme, the nights of Kyoto were filled with romance. Gentlemen of the Imperial court, ordinary clerks and functionaries by day, went out at night to meet their secret lovers in furtive trysts. Writing by the light of the moon, each tried to craft the finest and most moving poetry in the form of the Tanka, a short verse composed of only five lines. The best poems evoked the scene, the season, and represented the depth of the courtier's knowledge of the fashionable themes at court. By far, the most successful such lover was a fictional one named Hikaru Genji, the Shining Prince. Genji was, for the ladies of the court, the symbol of the perfect lover. For the men of the court, he was the perfect example to emulate. In GENJI, players take the roles of courtiers out to woo fair princesses. Players score points for writing the finest poetry, or winning the most hearts. But beware: other courtiers will be waiting in the wings to steal those hearts away! Take your brush in hand, and set out on the night streets of Kyoto. The romance of the height of the Heian Period awaits you in GENJI. From BoardgameNews.com: "Players in Genji try to learn from the historical figure of Genji and woo the ladies of the Imperial Court with their poetry. Twelve ladies, each bearing a symbol of one of the four seasons as well as one of three fashions – melancholy, nature, romance – are laid out in a circle, with a fashion card chosen at random to show players what type of poetry is in style. "In each of the four seasons, each player will travel from his “home” – a lady chosen at the start of the game that bears his marker – around the circle in either direction. A player moves 1-3 spaces each turn, then either studies new material (discards poetry cards and draws new ones) or woos the lady he is currently visiting. If he has no rivals who have previously presented her with poems, he can present her with a poem on one or two cards. “Each poem card has the top or the bottom of a classic Tanka poem (5 lines, 5,7,5,7,7 syllables each, respectively),” says Kirk. “A poem can be considered either a top, a bottom, or a match of the two cards.” "If another player has already presented a poem, then he can either complete the poem (assuming only a single card was played) or challenge it (by playing a poem card that increases the beauty of the poem, thus revealing the other player for the poser he is). In the latter case, you discard your contribution and the matching half, then add the remaining half poem to your hand to be used later. ... "The round ends once a player returns home and makes a final study or woo action. Players then score points if they have the most poems on the board for that season, have presented the most beautiful poem of the season, or pitched woo at the home of another player. Yes, being a scoundrel can pay off."