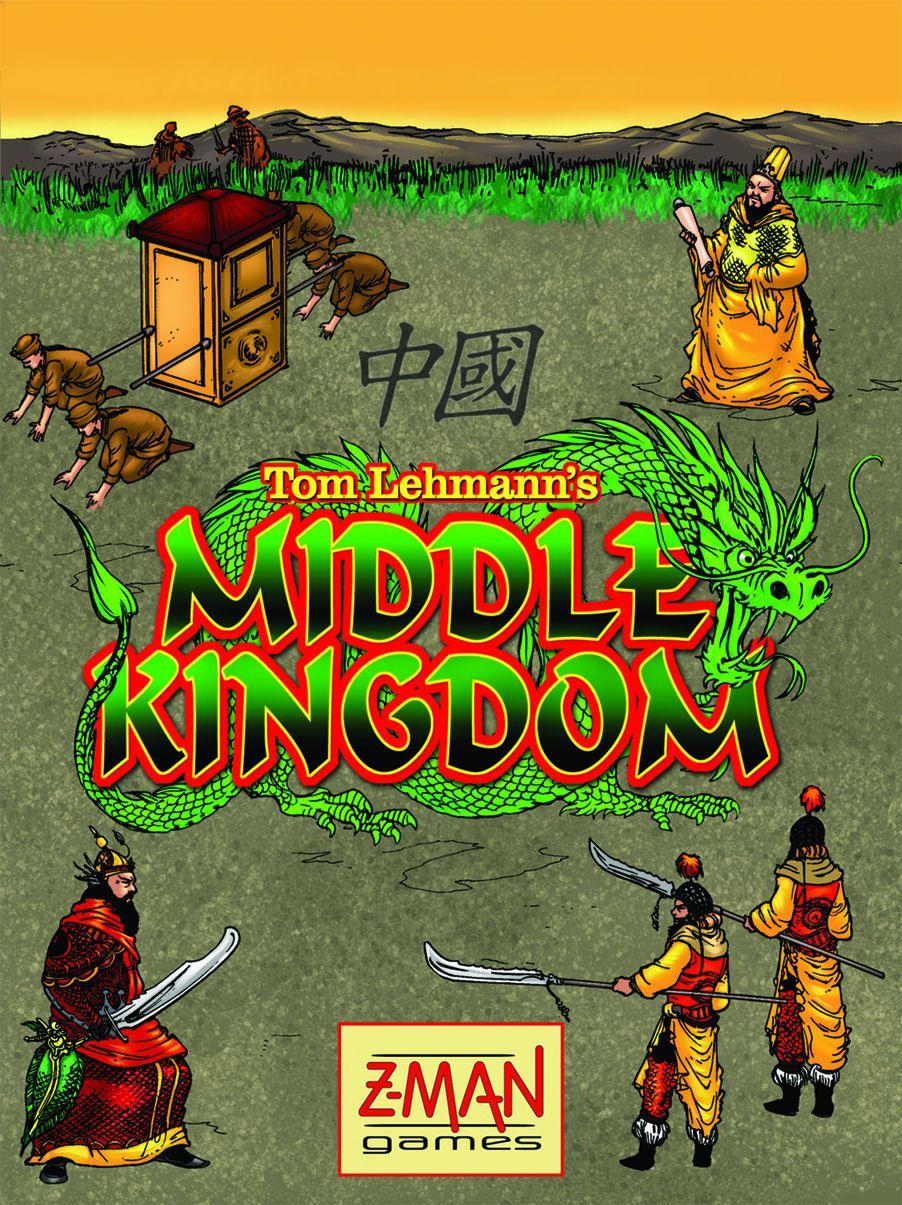 A fast card game where players blind bid for dynasty cards such as warriors, nobles, bureaucrats, peasants, and merchants. You must balance your claims to score well at the end. There are special cards gotten from having the most in a category that give you a bonus, often affecting the bidding process. For example, the Palace lets you see all bids before placing yours and the Heir lets you claim an unclaimed dynasty card. From back of the box: Following the collapse of the Han Dynasty, warlords backed rival claimants to the Chinese Throne, while others sought influence among the merchants, nobles, farmers, and bureaucrats. Each round, players play Bid Cards to claim Dynasty Cards and take control of the Emperor, Heir, Palace, Market, and Harvest. However, the heavens in the guise of a Celestial Dragon, can disrupt the best laid plans. The game ends as the Emperor dies and whoever gains the most influence will ascen the throne.