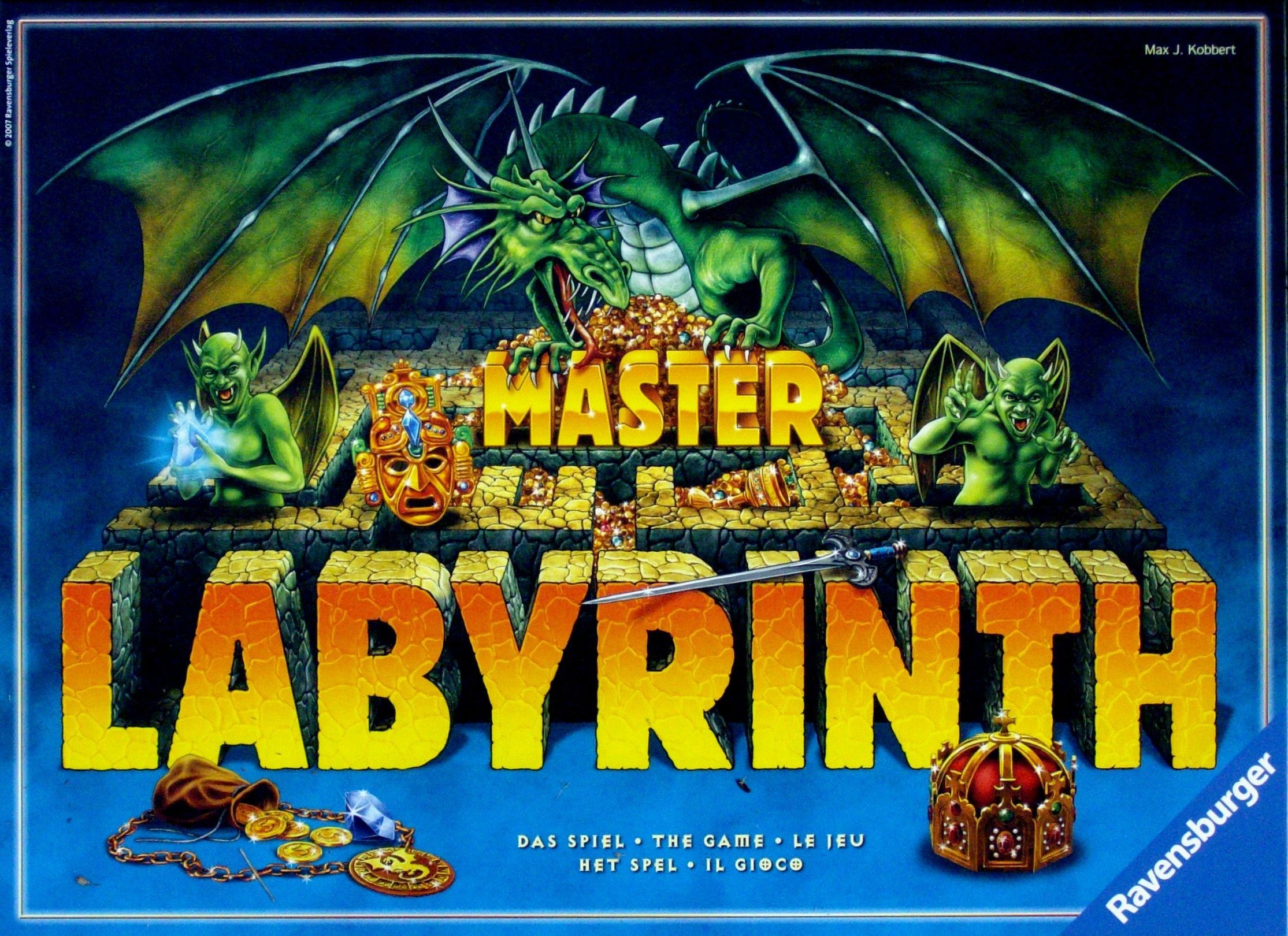 While this 2007 dragon-themed edition of the Ravensburger Labyrinth Games has the same name as its 1991 wizard-bearing progenitor (see Master Labyrinth), there are major differences. This edition lacks the wands and formula cards found in the previous version, but it adds a dragon figurine, two gargoyle-like "guardian" pawns, dice, and coins. While the game is still fundamentally about manipulating and navigating a maze to collect treasures, it adds dice-driven combat and an additional means of scoring via collecting coins.